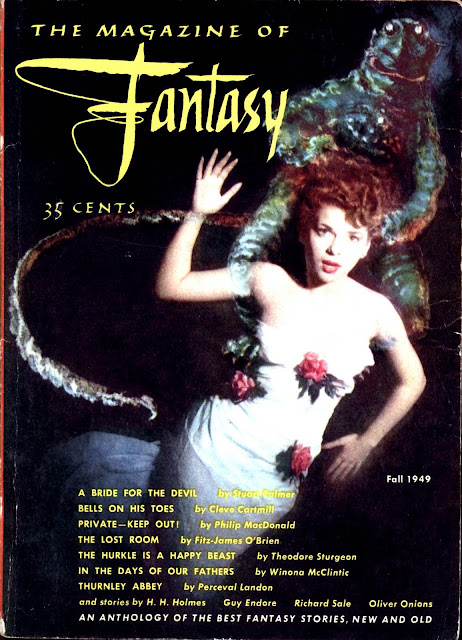 This is how The Magazine of Fantasy & Science Fiction looked when it began in 1949 with the Bill Stone cover illustration and the evocative, flowing calligraphic logo by Mercury Publications' art director George Salter (1897-1967).

Co-editor Anthony Boucher (1911-1968) used as a pseudonym, H.H. Holmes, the name of a 19th-century serial killer. Oliver Onions (1873-1961) wrote the classic unforgettable psychological terror story, "The Beckoning Fair One", which can be read here.

Wednesday, March 23, 2011
Wood Chips 33: Mad Strikes Back! .
In Mad #17 (November 1954), Harvey Kurtzman decided to fight back at the many imitators of Mad. In other words, a parody of parodies, cleverly incorporating the logos of the other comic books and employing Julius Caesar as the springboard. The Joseph Mankiewicz film with Marlon Brando had been released 15 months earlier. Brando must have liked the way he was depicted by Kurtzman and Wood, as he actually did sometimes refer to himself as "Marlon Branflakes".

None of these imitations had a handle on what Kurtzman had created, although Flip, Get Lost and Panic all had a certain appeal. Craig Yoe has a forthcoming book collecting Archie's Madhouse (not Madhouse, as I mistakenly had it here before). Madhouse and Eh! were two of the worst. Also forthcoming (in December) is John Benson's The Sincerest Form of Parody: The Best 1950s Mad Inspired Satirical Comics, with an introduction by Jay Lynch. This selection of 30 stories from the Mad imitators includes art by Jack Davis, Will Elder, Norman Maurer, Carl Hubbell, William Overgard, Jack Kirby, Dick Ayers, Bill Everett, Al Hartley, Ross Andru & Mike Esposito, Hy Fleischman, Jay Disbrow, Howard Nostrand and Bob Powell. 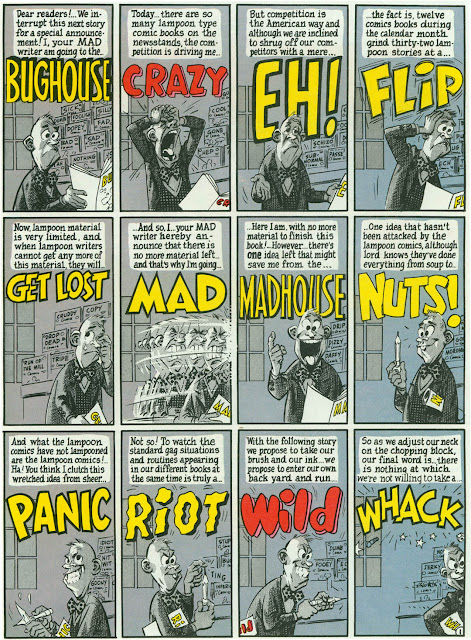 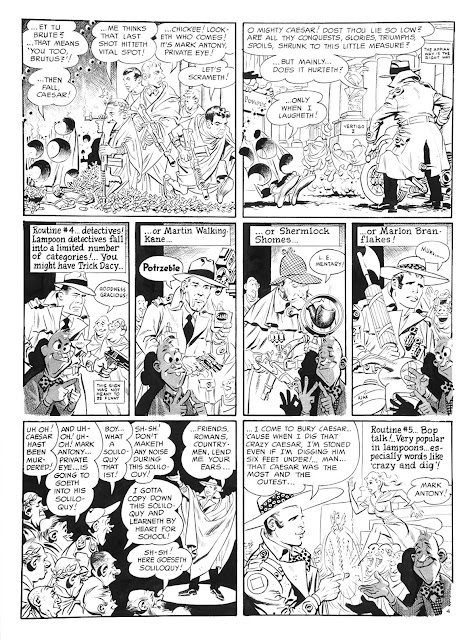 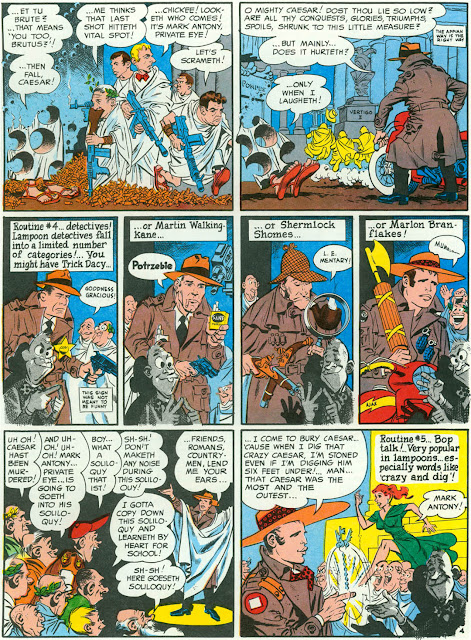 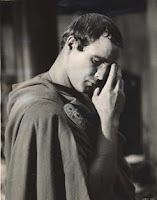 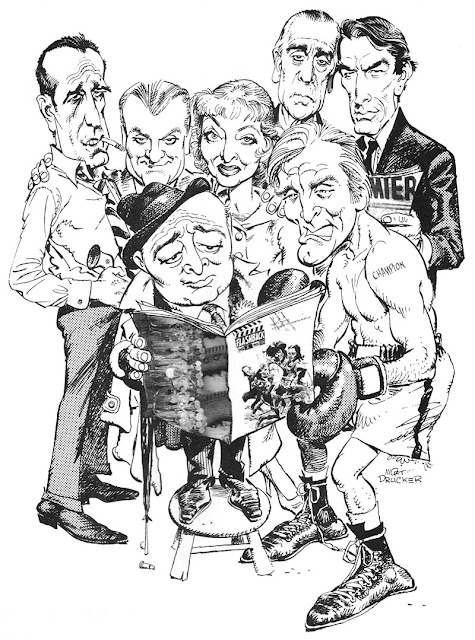 When Russ Jones and I did Flashback magazine in 1972, we ran this art by Mort Drucker on the subscription ad page. It was later reprinted in Mort Drucker's Mad Show-Stoppers (1985). In retrospect, it should have been colored and used for a Flashback cover illustration. 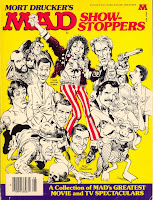 Wednesday, March 16, 2011
Wood Chips 32: Prince Violent .
"Prince Violent" was in Mad #13 (July 1954). Good timing, as the movie Prince Valiant was released April 1954. So the comic book probably went on sale while the movie was still in release in small towns. 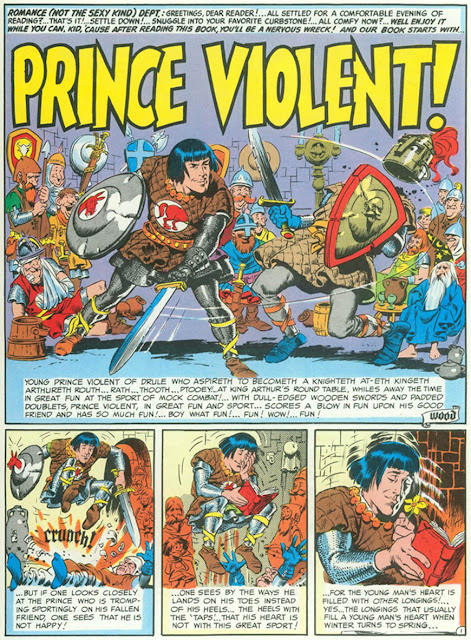 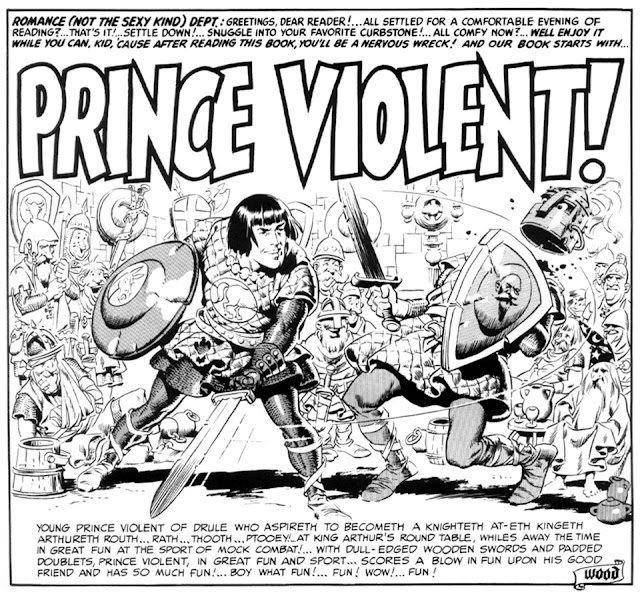 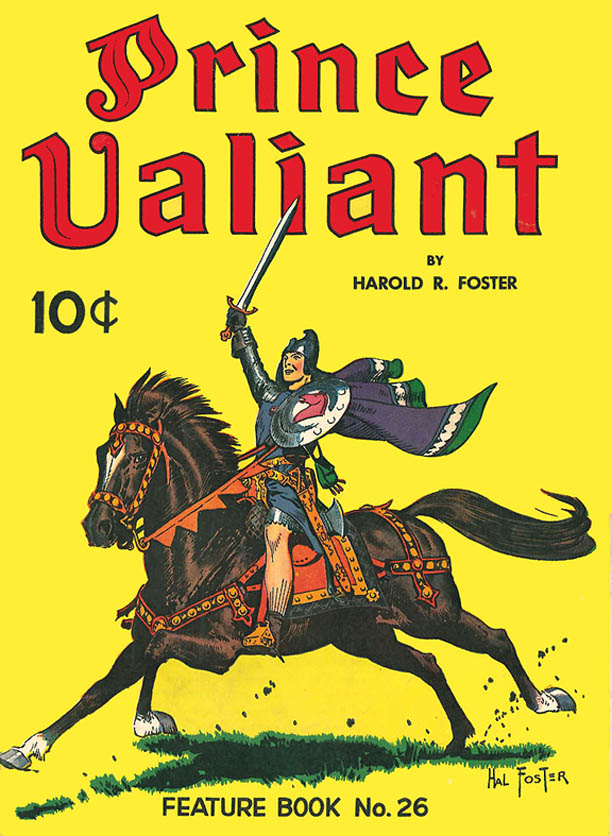 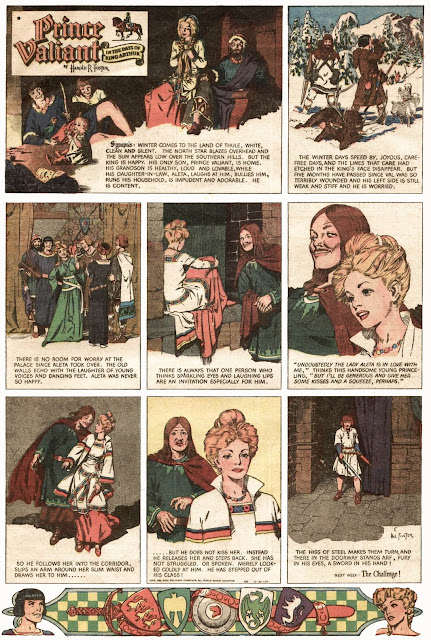 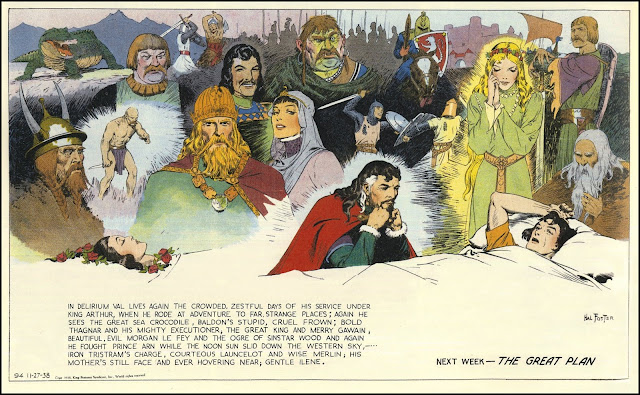 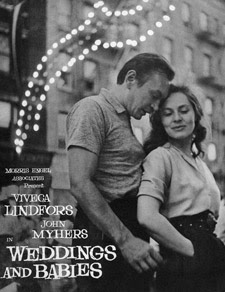 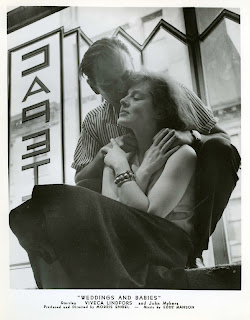 There were variations on the Mad logo by several artists. This is Wood's concept plus quick sketches and a few random free associations. 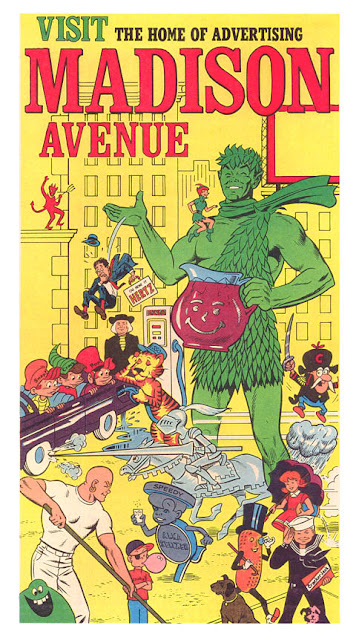 These are Topps Travel Posters by Wally Wood from 1967. Memory fades, but I think I bought the Madison Avenue products and then did the layout and design. Dom Sileo probably penciled the poster with inking by both Wood and Sileo. I know Dom worked on the Kansas poster as I recall talking to him while he was inking the background on an afternoon when Wood was not present. Sometimes Wood would do faces and figures while his assistant did the backgrounds. 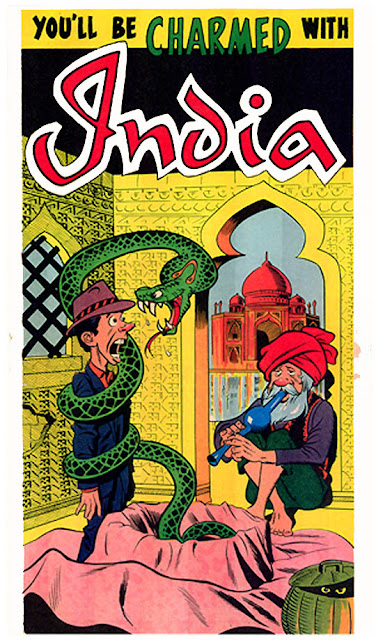 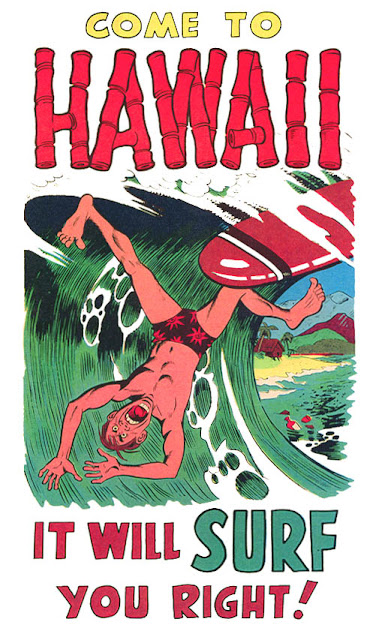 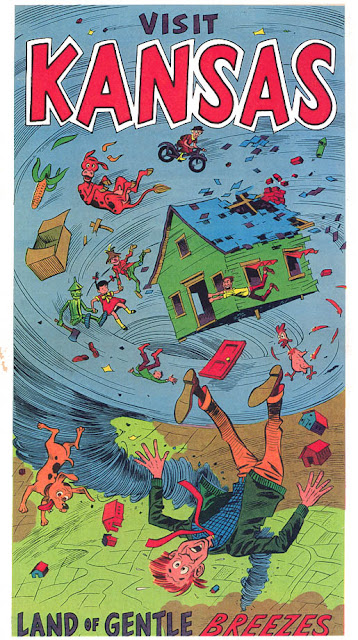 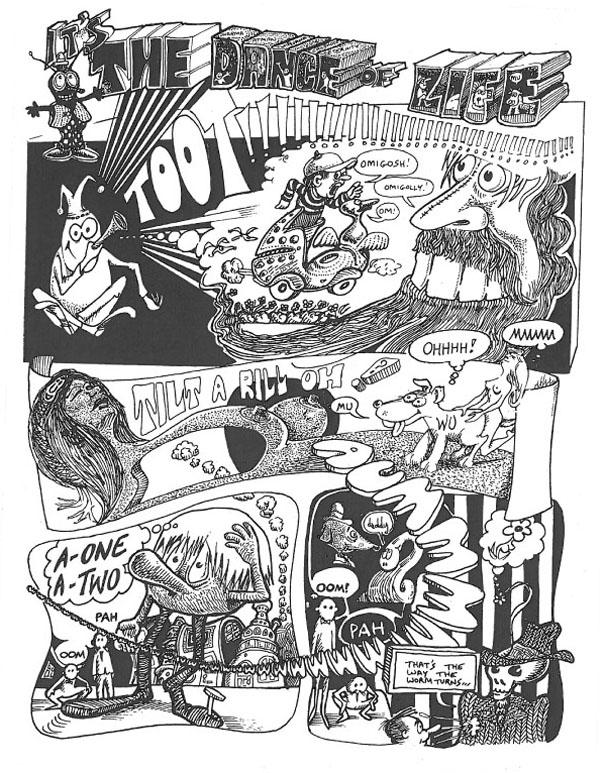 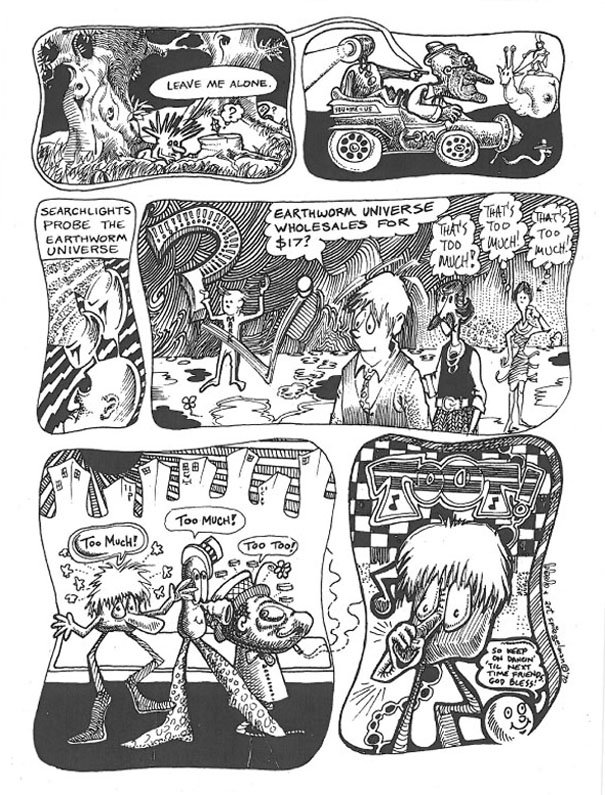