Click "Wood Chips 24" heading at top to hear Ray Bradbury's "Mars Is Heaven" on X Minus One  (1955). EC's adaptation was in Weird Science 18 (March-April, 1953). Following the Wood panels while listening offers a textbook example of specific differences in adapting a short story for radio and comics. Wood's research into period architecture is seen throughout amid lush vegetation, and he also drew what he knew; between 1937 and 1940, he lived in four different small towns in Wisconsin.

Drawing Green Lake, Wisconsin (a real place), he filled the interiors with such Victoriana as a roll-top desk and a shelf for displaying dishes. Surely Bradbury must have been delighted the first time he saw Wood's interpretation of his story. But note the curious window on page five which has four panes on the bottom sash and six on the top sash (which fills two-thirds of the window frame). This is similar to Wood's "There Will Come Soft Rains" error of the automobile preventing the automatic garage door from opening and closing. 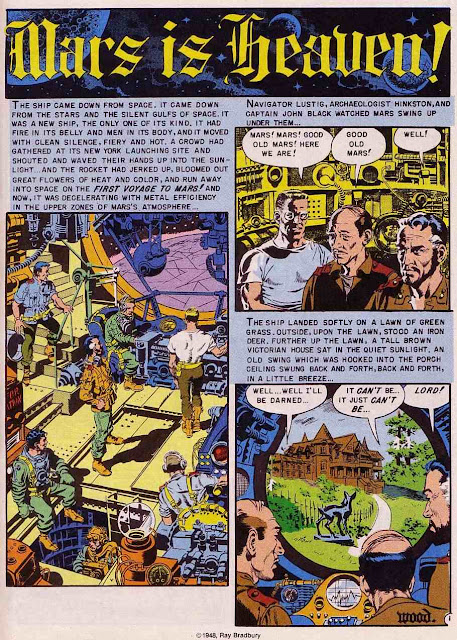 H.B Vestal was the first illustrator of "Mars Is Heaven" in Planet Stories (Fall 1948). 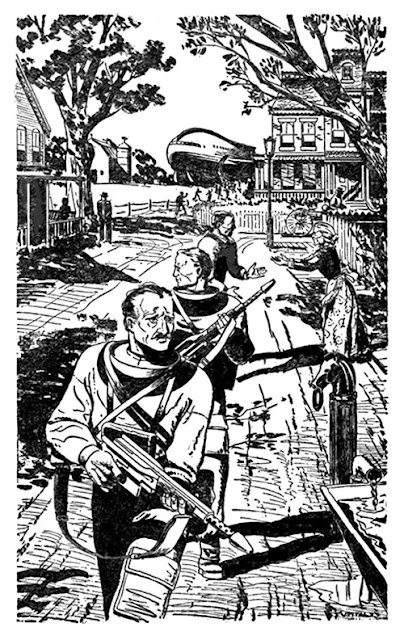 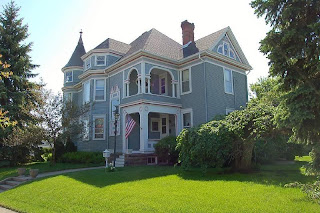 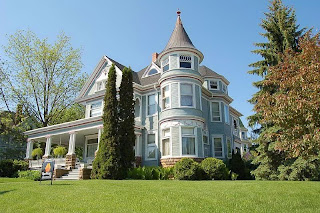 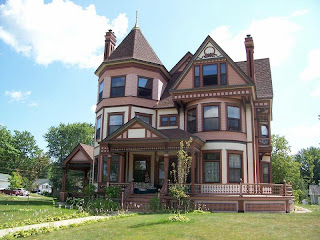 To read the entire Wally Wood "Spawn of Mars" story, go to Cloud 109. It was published in EC's Weird Fantasy 9 (September-October, 1951). 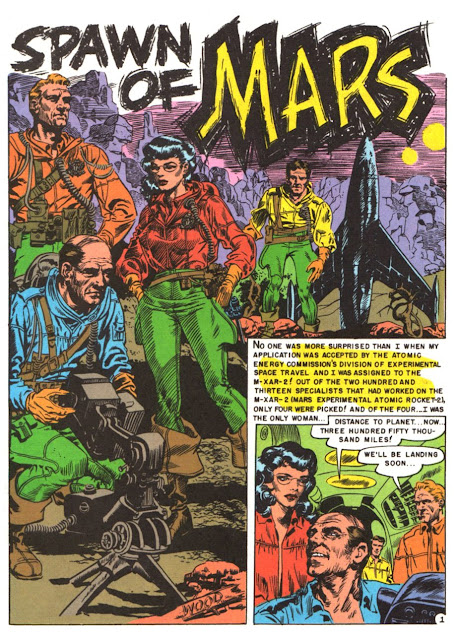 To read the entire 3D "Spawn of Venus" story. go to Golden Age Comic Book Stories. It was created for an unpublished EC 3-D title (1954), but it was never published by EC.

In 1968, to get the original art for the Nostalgia Press EC reprint book, I went with Bill Gaines and Jerry DeFuccio to the real vault of horror, a midtown storage facility where Gaines kept the art for each of his comic books in large individual manila envelopes. I remember this as a large, dimly lit room with a concrete floor and locked storage rooms somewhat like small trailers. These had to be pulled out and unlocked. It was necessary to set up a work light on a stand inside the storage trailer so Jerry DeFuccio could locate each envelope. Gaines pulled a story from each envelope and handed the envelope back to Jerry. Then I stacked each story on a nearby table.

Earlier, when I told Wood I was going to Gaines' vault, he asked me to retrieve his 3-D sf story, "The Spawn of Venus", so he could use it in witzend. That was the first time Wood had seen the artwork in 15 years, and he then published it in witzend 6 (1969). 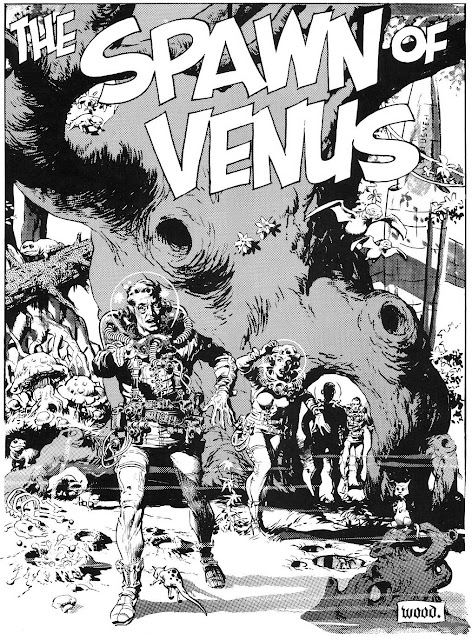 To see all of the "Spawn of Venus" pencil pages, go to stwallskull. 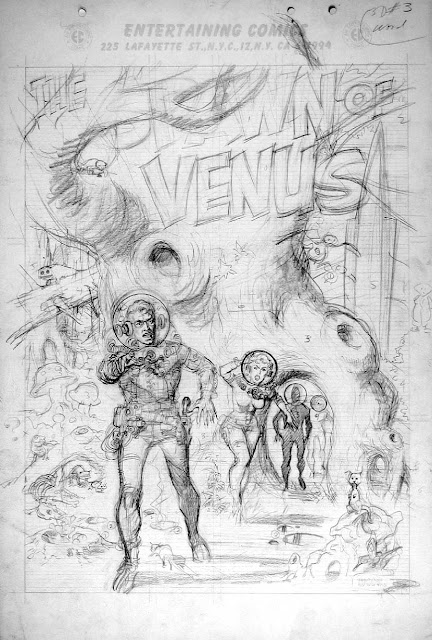 To read the entire Al Feldstein "Spawn of Venus", go to Entre Comics. It was originally in Weird Science 6 (March-April, 1951).

Above images ©copyright 2010 by WMG estate.

Comments:
This isn't in relation to this post in particular, but I was wondering: did Woody have anything to do with the lettering on the poster for THE THING FROM ANOTHER WORLD? I don't know how that would have even been possible, but I've always been struck by the resemblance to his display lettering. Just to refresh your memory: http://www.wrongsideoftheart.com/2011/01/the-thing-from-another-world-1951-usa/

No, but another question in that vein: Was the popular 1950 novelty song "The Thing" created to stir up interest in the film?