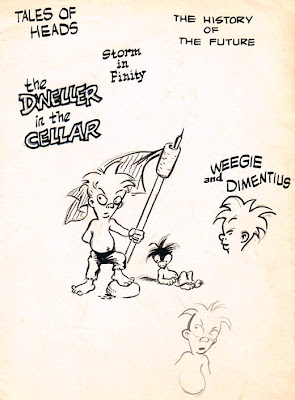 Here are panels and sketches of Wood's Weegie and Dimentius, odd fantasy characters he created in the mid-1940s. He later drew them into a six-page story titled "Weegie". (See full story in Against the Grain.) The two panels at bottom were redrawn into the last page of that story. Click to enlarge the similar panels extracted from the end of the story.
Exactly why Wood drew and inked these panels twice remains a mystery. Judging by his newfound lettering skills and professional polish, the "Weegie" story could have been done for a class assignment at Burne Hogarth's Cartoonists & Illustrators School or possibly created as a sample shortly after he left Hogarth's School. A classroom situation might explain why the panels were redrawn.
Should the wild "Weegie" be considered a precursor to underground comics? The freeform, free associative dialogue and captions raise a question: If Wood had not been forced to work within the conventions and restraints of the commercial comic book industry, where would his imagination have taken him during the 1950s? 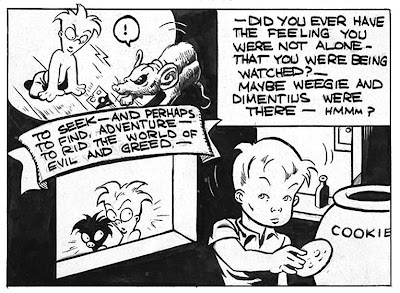 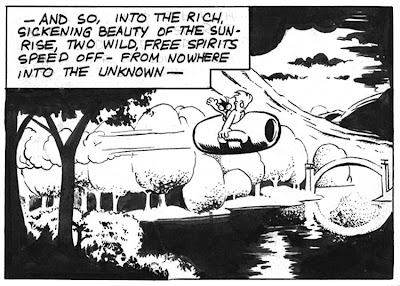