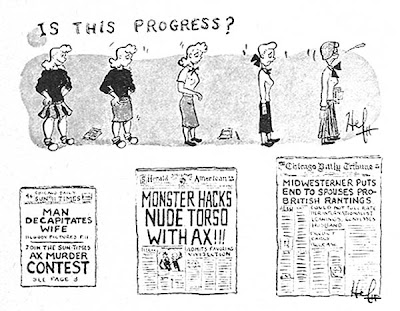 Playboy ran superior cartoons because Hugh Hefner had a genuine appreciation of cartoon art, being a cartoonist himself. When he was a child, he drew pictures of monsters, superheroes and spacemen. When he attended the University of Illinois (1946-49), he contributed cartoons and articles to the student newspaper, The Daily Illini, and his own college humor magazine, Shaft. At top are two of Hefner's college cartoons. One comments on female fashions, and the other satirizes how different Chicago newspapers would handle front-page coverage of the same event, apparently a comment on the 1946 coverage of the Lipstick Killer (covered extensively here in January).

Below are cartoons Hefner did in high school. In 1943, when Hefner was 17, his friend Jane Sellers moved from Chicago to California, and they corresponded, remaining friends for decades. She saved the letters and drawings he sent her, and later said, "At 16, I knew he was destined to do amazing things, so I saved every scrap of paper he ever sent or gave me." Sellers' Hefner archive was recently sold to a rare book dealer. For more art by Hef, see Seattle P-I.

In the late 1930s, Bob Montana kept a similar sketchbook diary of high school life while he was attending school in Haverhill, Massachusetts. Montana's sketchbooks became the basis for his creation of Archie a few years later. Montana's daughters, Paige Kuether and Lynn Montana, displayed his high school sketchbook on their Archie Prints website some years back (1999-2003), but unfortunately, the Montana sketchbook is no longer online. 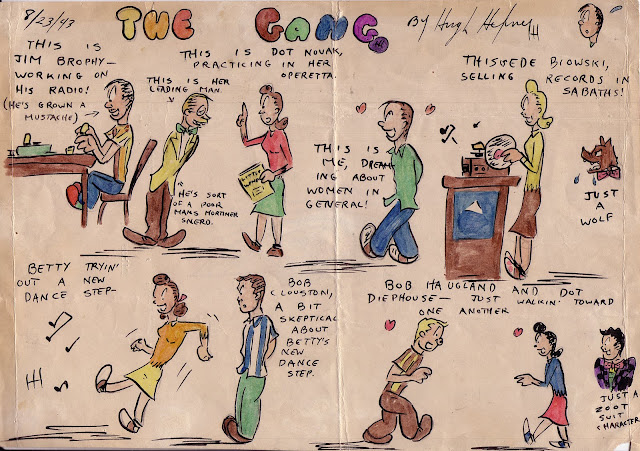 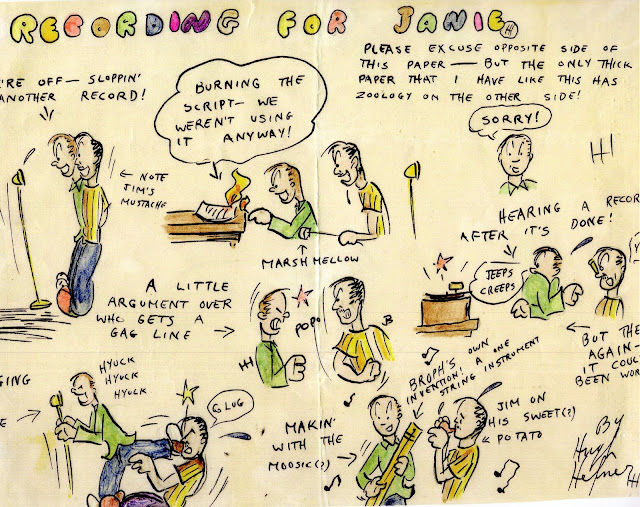 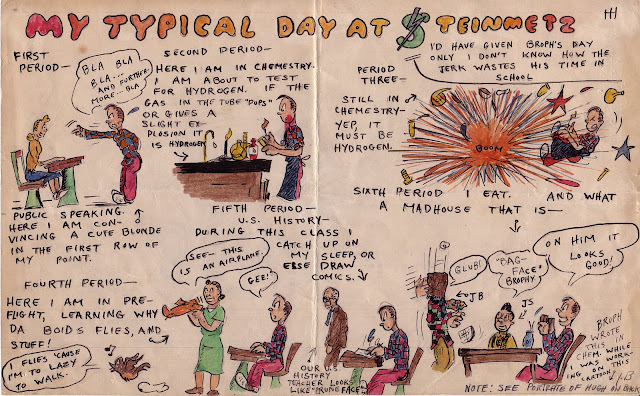 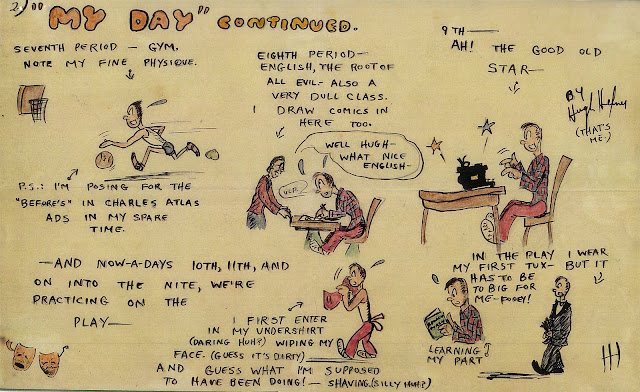