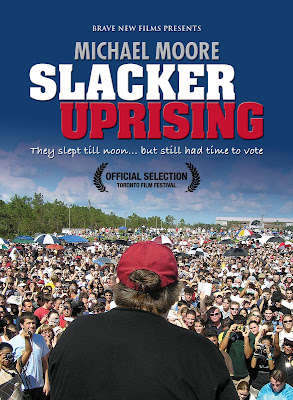 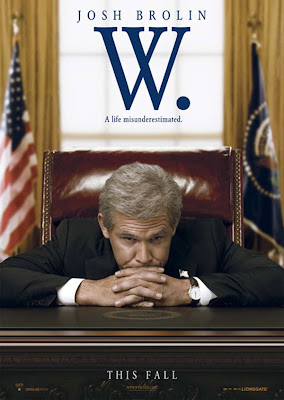 Cindy Adams had an advance copy of the script and revealed scenes in the New York Post:
Here's Karl Rove making W. memorize answers, telling him, "Before you speak, come to me first. I'll tell you what to say." W. chiding late-arriving "Balloonfoot" Powell, saying military men should know about being on time. Rumsfeld, who's hard of hearing. W. happy when Cheneylaughs at his cowboy-delivered twang. Cheney stepping in cow poop at Crawford. W. eating his favorite White House bologna sandwich lunch.
In all presidential erudition, telling Gen. Tommy Franks to be sure what he's doing: "I don't want to fire no $2 million missile at a $10 empty tent and hit a camel in the a - -." Then: "Americans don't like to see dead boys on their television sets." Telling education reformers: "Rarely is the question asked, 'Is our children learning?' "
Page 10 on Bill Clinton: "My mother waddles faster than that larda - -." Page 11: "We'll move these terr'ists to Guantanemera." Cheney: "Guantanamo." Bush: "Right." Then Bush to Cheney: "Vice, when we're in meetings I want you to keep a lid on it. Keep your ego in check. Remember, I'm the president."
Flashbacks have college-boy W. boozing, slacking off from work, in jail, calling his then-congressman father "Poppy." Sr. praising Jeb, castigating Jr., asking if he's "knocked up" a girl named Susie, complaining, "You never kept your word once . . . you're only good for partying, chasing tail, driving drunk . . . You deeply disappoint me." Repeat father and son arguments. Father: "I've had enough of your crap." Son: "I've had enough of you for a lifetime." Mama Barbara breaking up the near fisticuffs with announcing Jr. just made Harvard and Sr. responding, "But who do you think pulled the strings?"
Then, W.: "Saddam's been d - - - ing us around for 11 years. I told my father to get rid of the sucker" long back. War-thumping Cheney: "Saddam's smoking gun might become a mushroom cloud." W.: "We need the WMDs. We still need that 52nd card." Someone says: "You mean the 53rd card, sir."...
In line with what Stone personally says about W.: "Limited ability except to promote himself," in one cocky flashback he guarantees he can fly a plane and then has trouble landing it. Page 50, asked if he loves his parents, he answers: "Most of the time. My father and I have a tough go . . . My mother says I'm as good as her at holding a grudge." After his father becomes president: "I'll never get out of Poppy's shadow. I wish he'd lost." After W. becomes president, his father saying, "I'm worried about him. Really worried. But you can't talk to him." And Barbara replying, "Well, he's not going to listen to me. He takes criticism worse than I do." And after Jr. knocks his father and shouts, "This is my war, not his," Condoleezza says: "We'll let him know that from here on out, he's persona non grata. No briefings, no nothings."
¶ 1:29 PM

Comments:
How can slackers have an uprising? Against what would they rise up? Does this mean they would all get jobs in protest? Would this be the end of the FreeCreditReport.com commercials?