Potrzebie
Tuesday, October 18, 2011
Chad Grothkopf (1914-2005) created the first television animated cartoon, the eight-minute Willie the Worm (1938), seen in a single frame at bottom. He created DC's Johnny Quick and Fawcett's Hoppy, the Marvel Bunny (1942), and he drew the Howdy Doody comic strip from 1950 to 1953. The Kean in the credit box is Edward Kean, who died last year in Michigan. Kean wrote 2000 episodes of the Howdy Doody TV series, created the show's theme song and coined the word "Kowabunga". 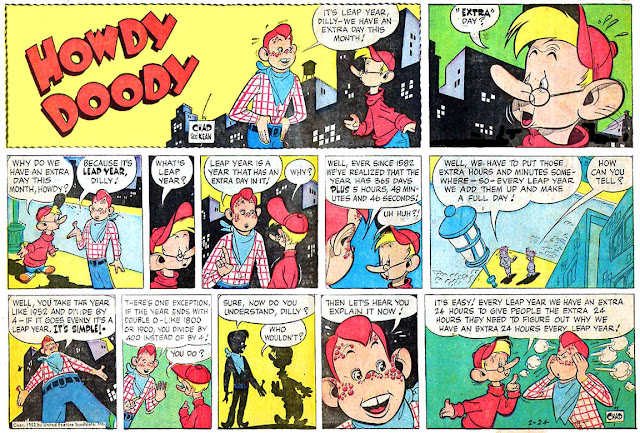 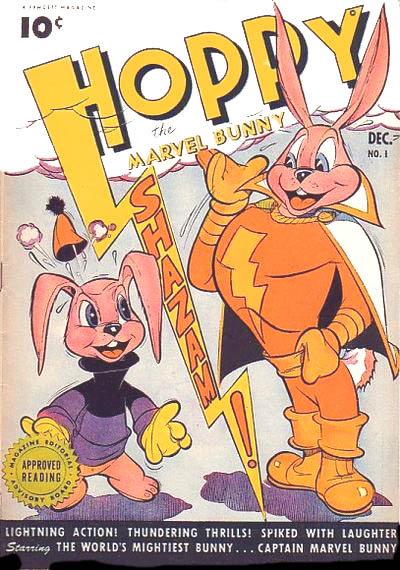 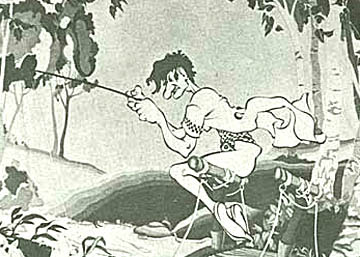 Comments:
As far as I know this was a Sunday only. At least four of the Sundays were written by Stan Lee, but I don't know if he contributed anonymously before that. I have a pretty bad run of those, which I will show someday on my blog.

My mind can't help but wander to MAD #18 with Elder's superb take on Howdy Doody!