I scripted "Fright Pattern" in 1973 (as Jack Younger), and it was published in Haunt of Horror #4 (November 1974). I dictated the story to someone who took notes while we were riding on Amtrak, and later I typed the script from those notes.

Wayne Howard inked Syd Shores' pencils. This had to be one of the last jobs Shores ever worked on because he died June 3, 1973. (I was introduced to Wayne Howard several years earlier by an enthusiastic Wally Wood, who expressed his appreciation of Wayne's remarkable ability to draw like Wally Wood.)

The scarecrow dream was inspired by "4-Sided Triangle" in Shock SuspenStories #17, illustrated by Jack Kamen with a George Evans cover. (See at bottom.) Except for the "Fright Pattern" opening panels, the tight realism doesn't work with the dream sequences, so the Krigstein-styled nightmare atmospherics I had visualized are absent. 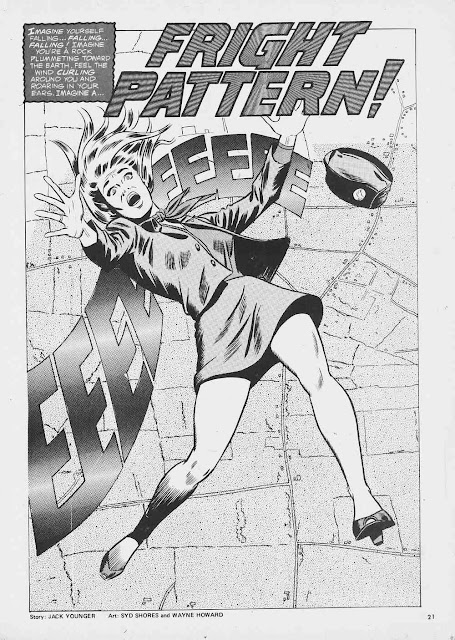 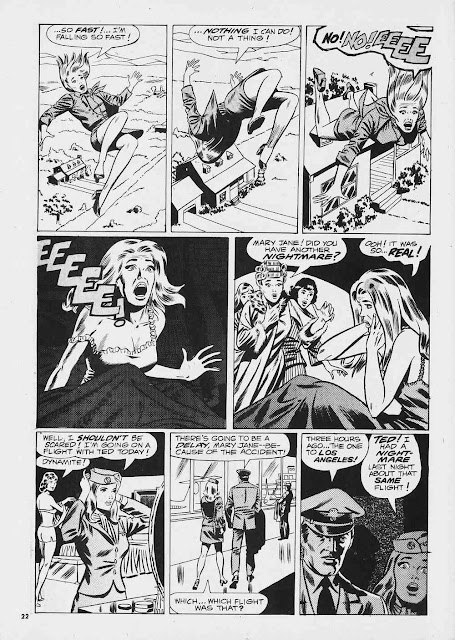 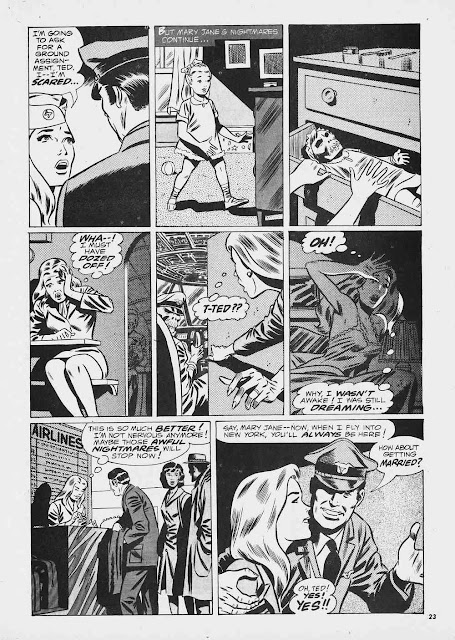 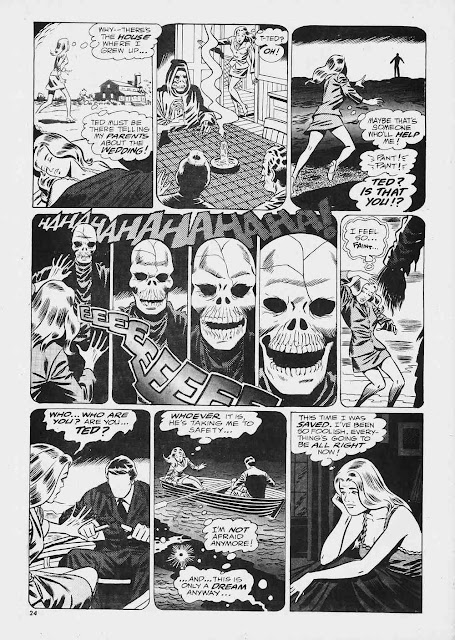 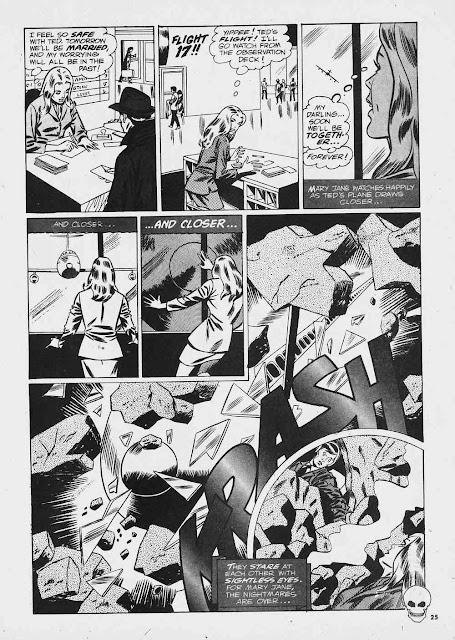 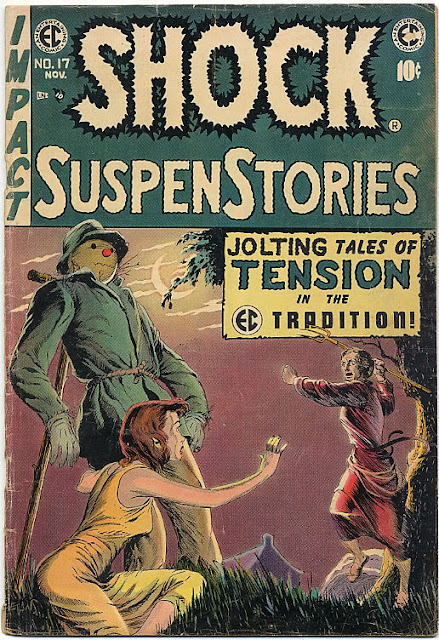 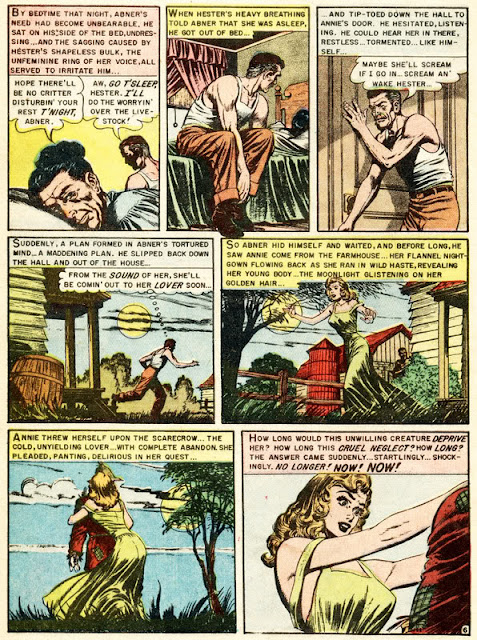 Comments:
"4 Sided Triangle" also made it into the Second Season of Tales from the Crypt series (as you already know!).

Genuinely scary stuff, Bhob. This is the first time I've seen this and it's one of your best. I see your vision of Krigsteinian glory in my head, but the plainspokenness of the art serves it well in its own right.