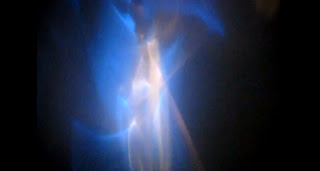 Terrence Malick's The Tree of Life uses portions of Thomas Wilfred's Lumia Opus 161 (1965-66) at the beginning and end. A good reason to revive my history of Wilfred, the Lumia and various color organs. Here it is, as published in the September 1980 issue of Heavy Metal. (A portion of this column was reworked into my introduction for This Planet Is Doomed: The Science Fiction Poetry of Sun Ra, published this month by Miriam Linna's Kicks Books.) The green image on the first page is from Wilfred's Orientale: Opus 155. The comic strip spread across the other pages is Rock Opera by Rod Kierkegaard, Jr.

Also see Gregory Zinman's "Dept. of Optics: Lumia" in the June 27, 2011 issue of The New Yorker. Because of Malick there's now a renewed interest in Wilfred, who is no longer a forgotten figure. 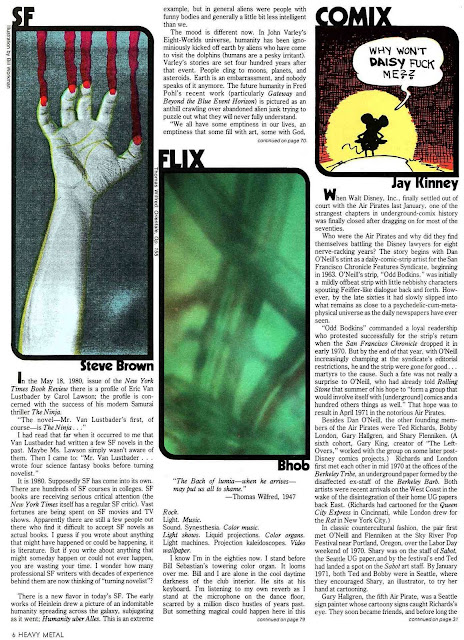 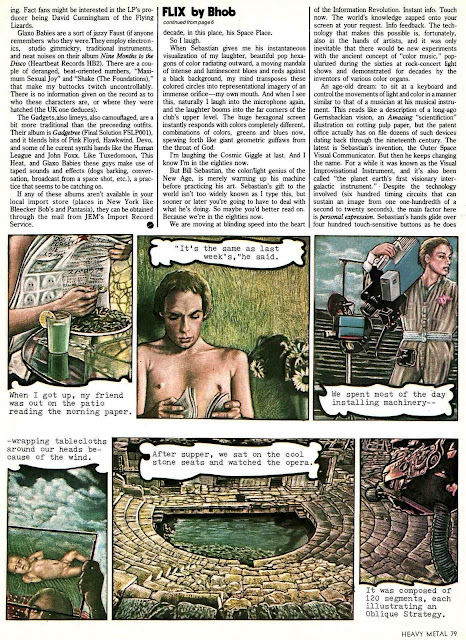 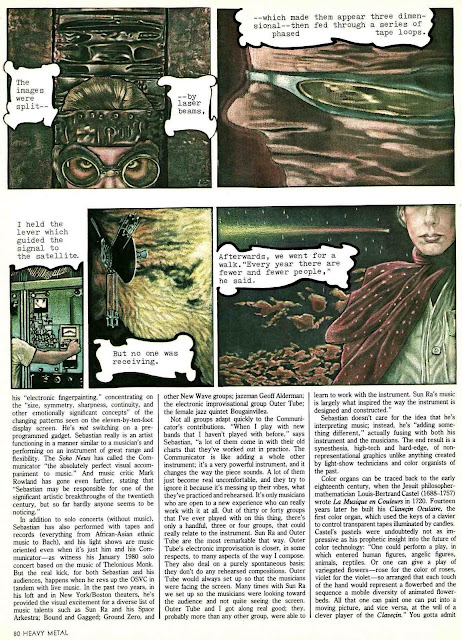 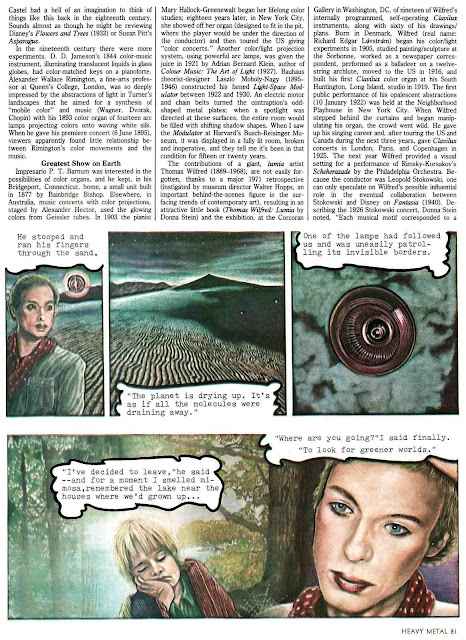 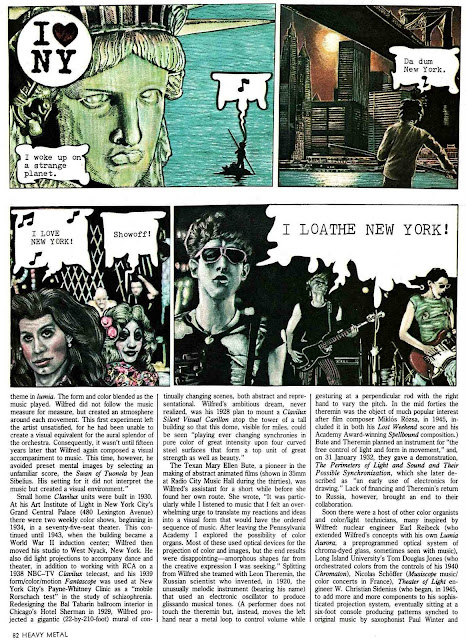 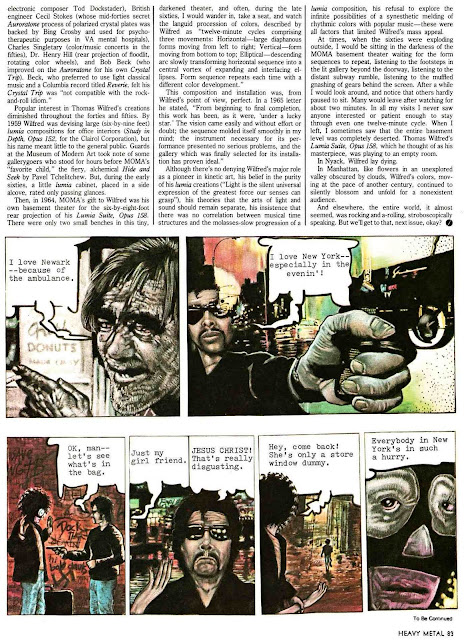 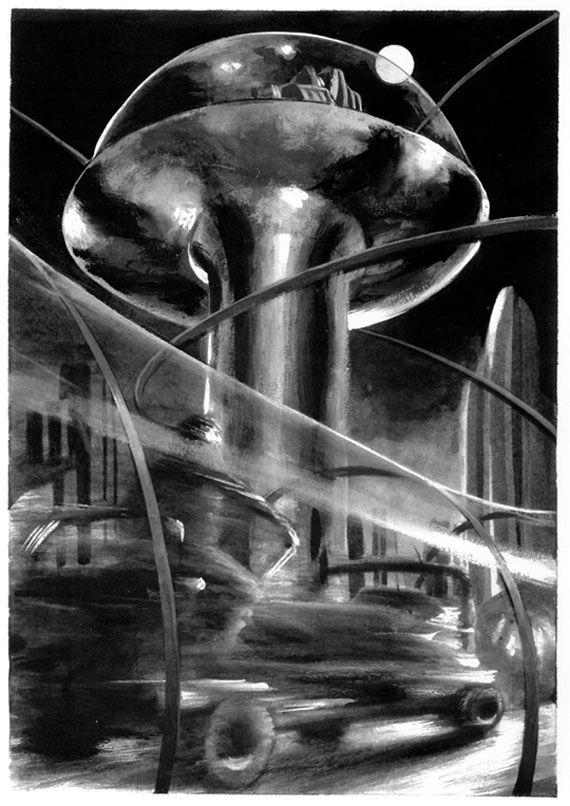 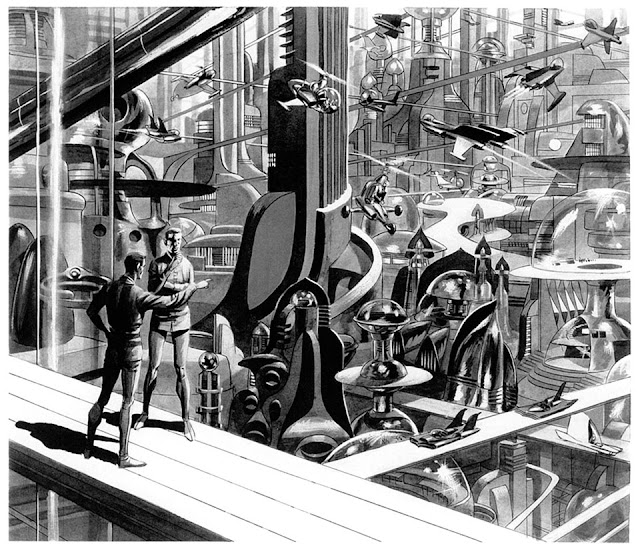 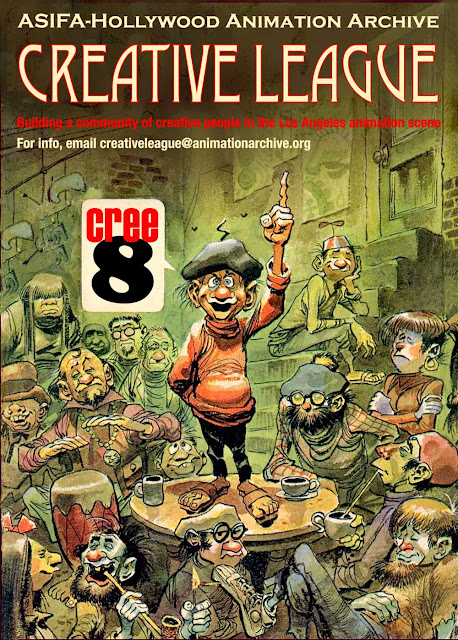 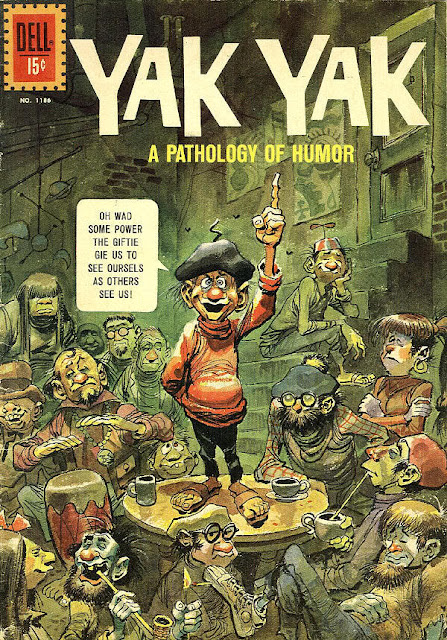 Monday, July 18, 2011
First computer cartoon (1946) .
Apart from science fictional drawings, this is believed to be the first cartoon about an existing computer. Drawn by Franklin Osborne Alexander for the Philadelphia Bulletin, it was published March 12, 1946, within the first month of the announcement of the ENIAC. It shows United States Treasury secretary John W. Snyder and two other men inspecting the ENIAC. The paper reads: "Umpty-ump hundreds of wage-price ratios." During the 1950s, George Lichty drew dozens of computer cartoons for his syndicated Grin and Bear It. 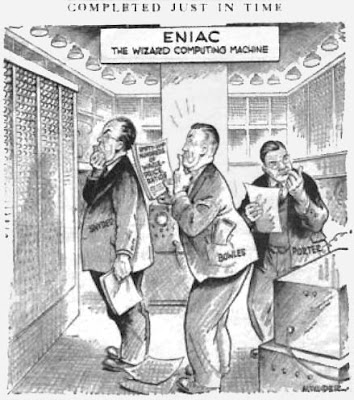 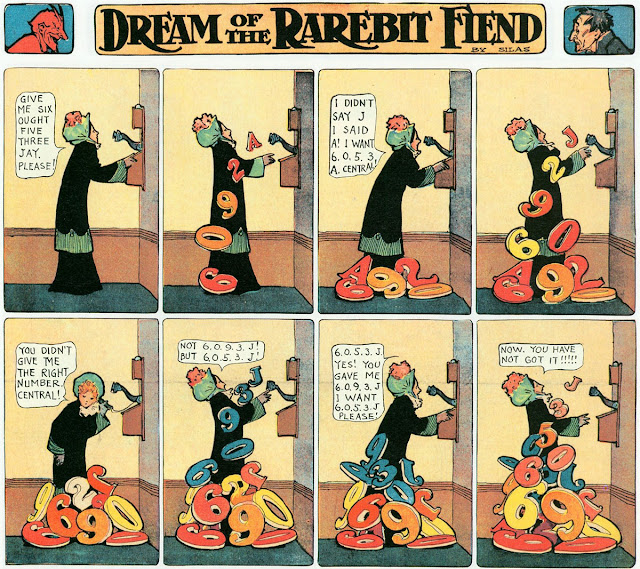 Winsor McCay began drawing Dream of the Rarebit Fiend in 1904.