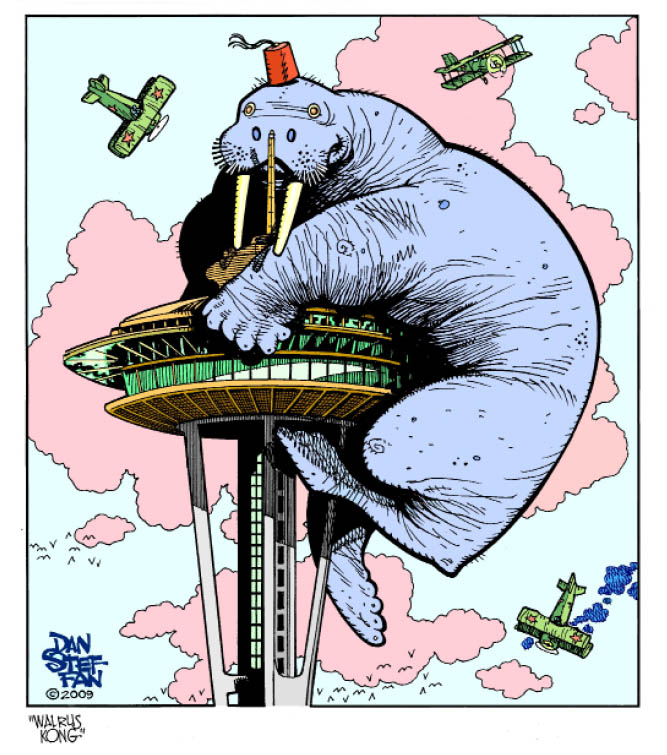 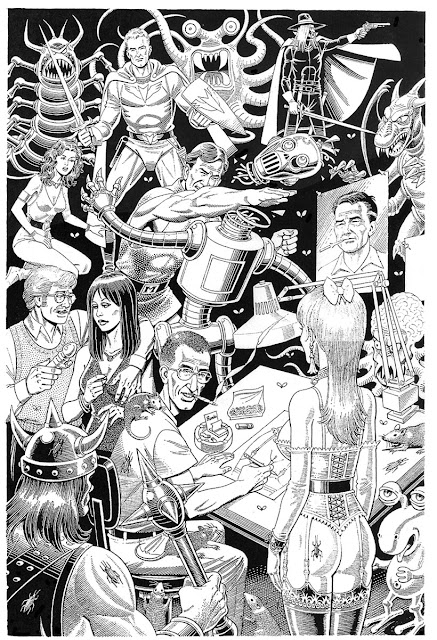 Ralph and Jay Lynch cleverly satirized Harvey Kurtzman in Bijou Funnies #8 (1972) with this underground comics variation of the Mad imitators page in Mad #17, which I posted on March 23. To see the Mad version, go here. I asked Jay about the creation of this page, and he responded, mentioning Art Spiegelman as a possible contributor:

Jay Lynch: I wrote it, I think. Art was staying at my pad for a while during the time I was putting the mag together, so he might have had some input. I think I did crude roughs. But it was Ralph who decided to make the character look like me, and it was Ralph who came up with the titles of the mags shown on the newsstand in the background. I wrote and did roughs for the Bodé parody in that ish; Pat Daley, a woman who did storyboards for ad agencies in Chicago did the final art on that one. Everything else in that ish was written by the cartoonists who drew their own strips. 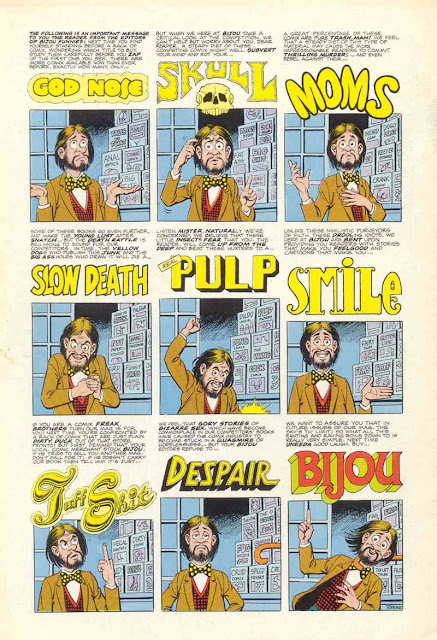 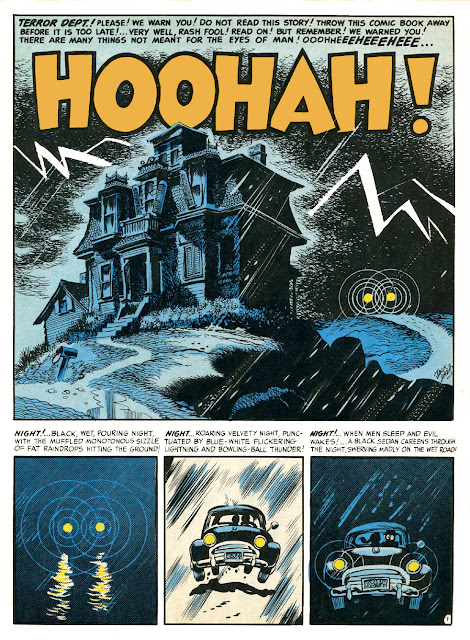 Saturn fly-by: no CGI, no models, real color .
Thousands of still photos stitched together by Greensboro, North Carolina, filmmaker Stephen Van Vuuren. For interview with Van Vuuren, go to Outside In.