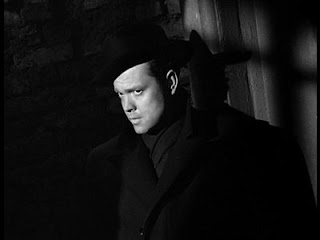 ...Cannot commence to tell you sensation caused by Karas's zither music in The Third Man. It is rage of England and has already sold more record copies than any other record in entire history of record business in England. It is widest-played dance music in England... Ads here use "Hear Harry Lime Theme," etc. in type dwarfing all other billing. It is one of those unpredictable, tremendous sensations that I cannot expect any of you to understand who have not been here. Entirely unrelated newspaper articles and editorials, even on politics, constantly refer to it. Inevitably, this success will be repeated America if we are prepared for it. We should be able to make fortune out of this music. 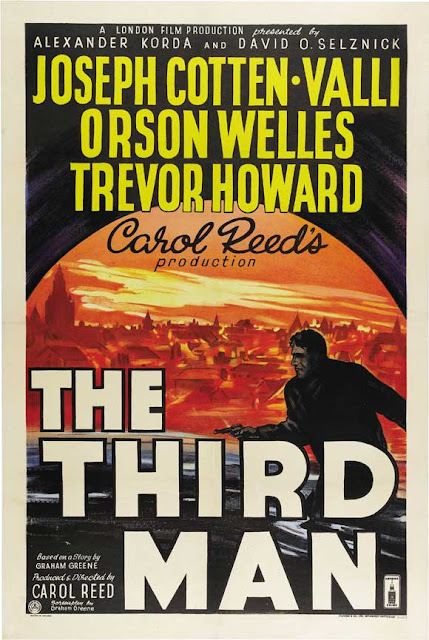 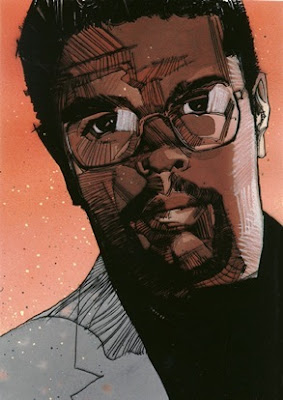 I worked with Dwayne in 1993 on the Milestone Dakota Universe trading card series. Here are a few from that series... 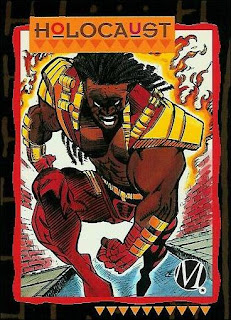 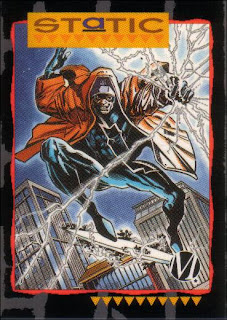 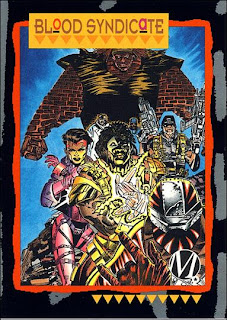 Dick Giordano (1932-2010) was 20 years old when he illustrated this Bruce Crandall story, "Secret of the Locked Laboratory", in the first issue of Charlton's science fiction magazine, Fantastic Science Fiction (August 1952), edited by Walter Gibson with Al Fago as art director. Leaving the High School of Industrial Art, Giordano inked backgrounds for nine months at the S.M. Iger Studio before connecting with Charlton in 1952.

Possibly this was the first art to appear under his signature. The story had several other Giordano illustrations. 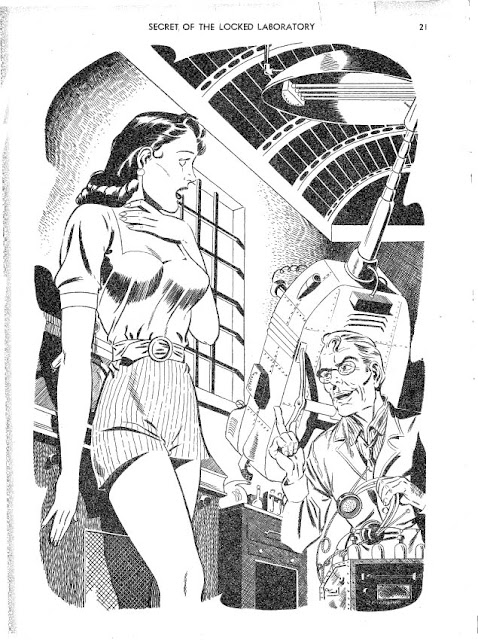 Tuesday, February 22, 2011
Wood Chips 27: Dr Pepper and Dr. Pepper .
This clarifies "Wood Chips 8" (February 24, 2009) which had little info about the rough below. The juxtaposition here makes it clear that this was not an independent sketch but was a drawing by Wood prior to painting the Dr Pepper ad (previously posted August 23, 2006).

The ad at bottom has nothing to do with Wood but shows the earlier Dr Pepper logo before the dot was dropped from Dr. Pepper. 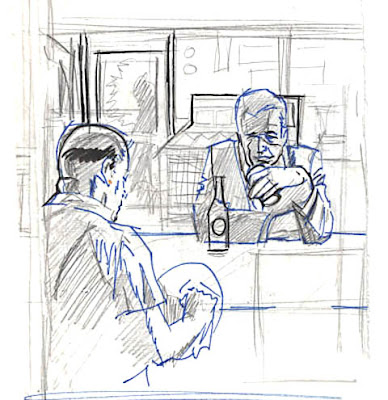 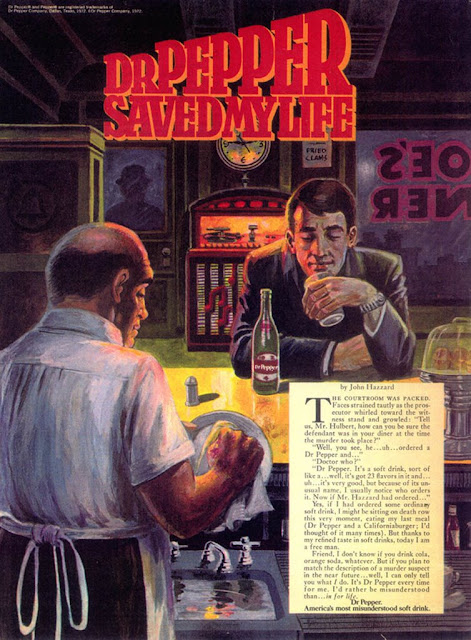 Sunday, February 20, 2011
This was a typographic twist I did for The Realist, experimenting with the flexible nature of rub-on presstype. It don't know which issue it was in, but it was reprinted in issue #89 (March-April 1971). 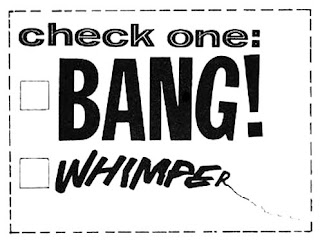 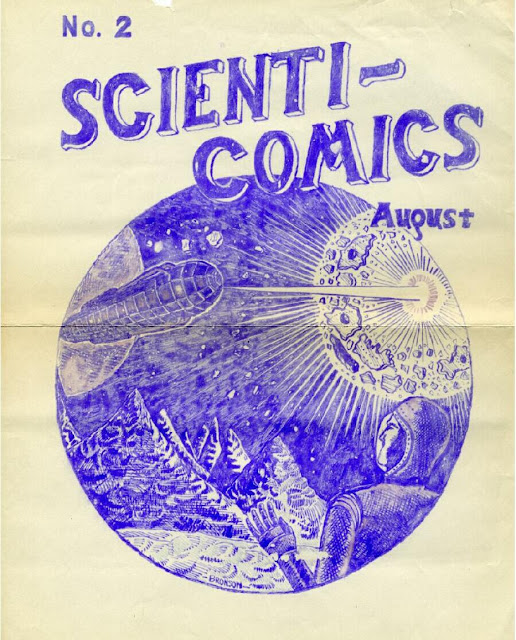 Teal Triggs is professor of graphic design and co-director of the research unit for Information Environments at the University of the Arts London. In The New York Times Sunday Book Review (2/18), Steven Heller reviews Triggs' Fanzines: The DIY Revolution, published four months ago by Chronicle Books: 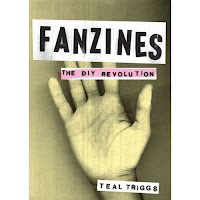 Fanzines are extremely diverse and intensely personal — some filled with rant, some with reason — and their adherents use the form much like a blog, to communicate and interact with like-minded people. “The term ‘fanzine,’ ” Triggs explains, “is the conflation of ‘fan’ and ‘magazine,’ and was coined by the American sci-fi enthusiast and zine producer Louis Russell Chauvenet in 1940 in his hectographed fanzine Detours . . . when he declared his preference for the term ‘fanzine’ rather than ‘fanmag.’ ” Other producers adopted the term “to describe a mimeographed publication . . . devoted primarily to science fiction and superhero enthusiasts.” The word became so popular, Triggs adds, that it was soon included in the Oxford English Dictionary. 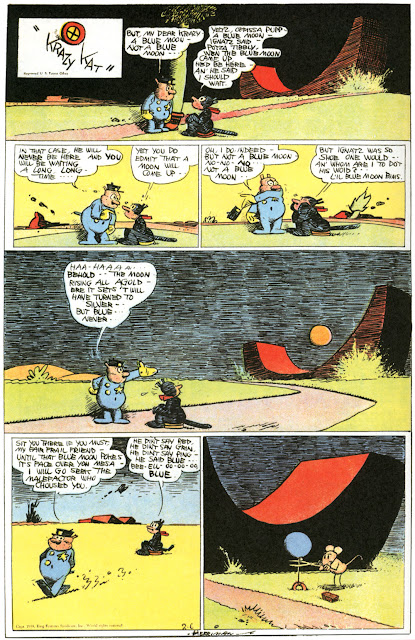 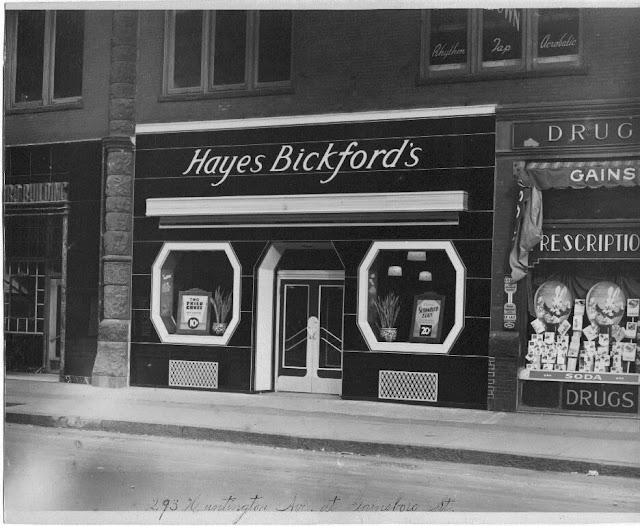 Hayes Bickford's in Boston, maybe in the late 1930s, at 293 Huntington Avenue, near the intersection of Huntington and Gainsborough Street. Notice the dance school above. Imagine having breakfast here with pocket change during the Depression. For 30 cents you could have scrambled eggs with two fried cakes. To the right is the Gainsborough Drug Store.

The Hayes Bickford's interior was L-shaped, so it had another entrance on Gainsborough behind the drug store. This Hayes Bickford's was still in that location through the 1970s. Today that whole corner is the Symphony Market (so named because Boston Symphony Hall is one block away).

Just across the street at 289 Huntington was the Raymor Play-Mor Ballroom where big bands played. Glenn Miller did a remote broadcast from there on November 24, 1937.

For more Bickford's pics from the past, go here.

In Howl, Allen Ginsberg wrote about Bickford's at night:

who sank all night in submarine light of Bickford's
floated out and sat through the stale beer after
noon in desolate Fugazzi's, listening to the crack
of doom on the hydrogen jukebox,
who talked continuously seventy hours from park to
pad to bar to Bellevue to museum to the Brook-
lyn Bridge,
lost battalion of platonic conversationalists jumping
down the stoops off fire escapes off windowsills
off Empire State out of the moon,
yacketayakking screaming vomiting whispering facts
and memories and anecdotes and eyeball kicks
and shocks of hospitals and jails and wars, 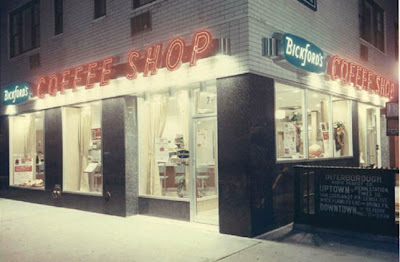 Bickford's at 7th Avenue and 14th Street in NYC

This is a panel from a comic strip I drew in 1968 titled A Comix Trip, featuring Christine Pristine and Walter Wombat. I had the notion of using this character in something I would have titled Frontline Wombat.

A Comix Trip ran in a youth-oriented tabloid publication called Max which was promoted through high schools. It looks to me as though I had in mind a variation on O. Henry's short story "The Gift of the Magi", which he wrote over 105 years ago sitting in one of the high-backed booths in Pete's Tavern. The story was first published December 10, 1905 in the New York Sunday World Magazine. Maybe I was thinking of that story because, as I  recall, I went to Pete's Tavern for the first time in 1967. I'll tell the full strange story of Max and A Comix Trip in a future post. 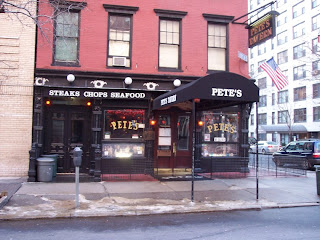 Thursday, February 03, 2011
Forgotten humor magazine .
Only months after Mad was launched in the fall of 1952, Mercury Press announced in F&SF (February 1953) their humor magazine, The Book of Wit & Humor, edited by Louis Untermeyer (1885-1977). Untermeyer wrote or edited almost 100 books, including a number of humor anthologies.

The managing editor was Charles Angoff (1902-1979), the author-editor long associated with The American Mercury. With a logo design by Mercury's art director George Salter (1897-1967), it had the look of the other digest-size Mercury Publications, but why didn't they title it The Magazine of Wit & Humor? Then it could have been taken as a sister magazine to F&SF. I believe it had only a single issue. Does anyone have a copy?

The front cover cartoon is a reprint from Saul Steinberg's The Art of Living (Harper, 1949). 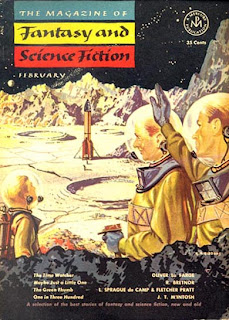 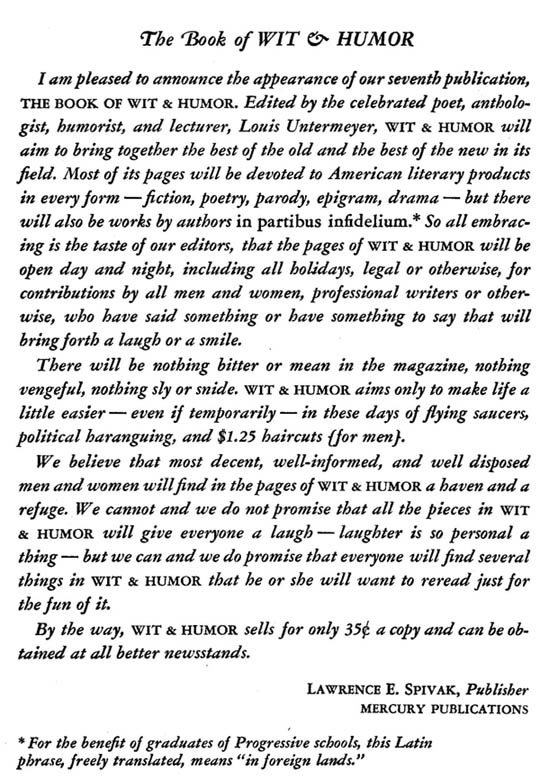 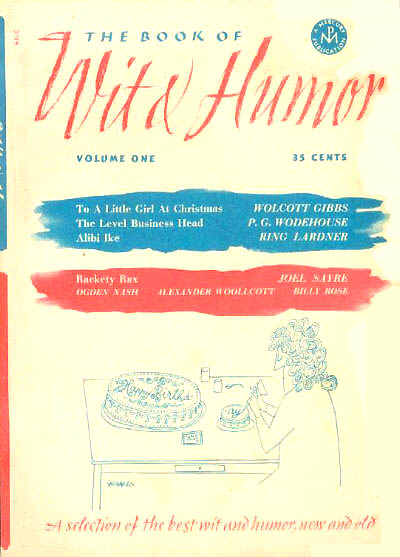 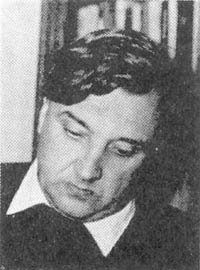 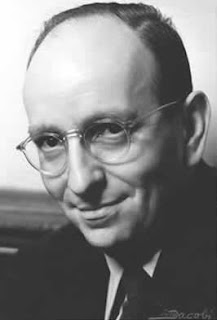 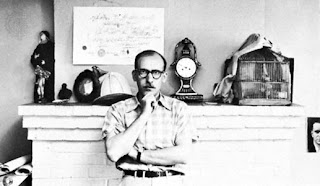 Saul Steinberg
Louis Untermeyer was a regular panelist in the early years
of What's My Line? Here he is in the October 15, 1950
episode with mystery guest Gloria Swanson. 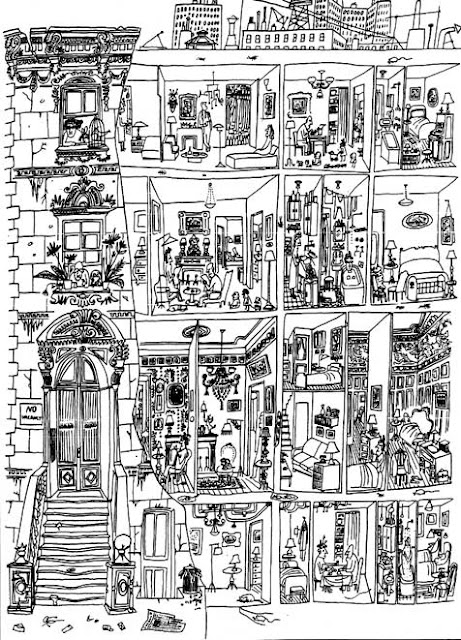 Another Steinberg drawing from The Art of Living

Wednesday, February 02, 2011
Paint it Google .
Zoom to see brush strokes at Google Art Project. But wait... can you see the brushstrokes in Roy Lichtenstein's Brush Stroke (1965)? I once ran into Linda Sampson in Times Square and asked her what she had been doing. She said, "Oh, I have a job painting Roy Lichtenstein's dots."

Below Google shows how they did it. The videos in this series look superb in HD and full screen. 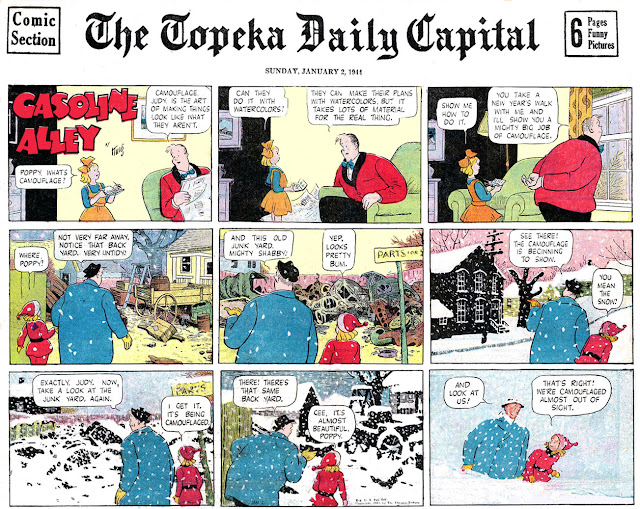 Notice how Frank King had the snow slowly increase in the last six panels.