Below is the Harvey Kurtzman/Wallace Wood parody of Candid Camera from Trump #1 (January 1957). Kurtzman seems to have focused on an aspect of Candid Camera that became evident if one watched a number of episodes: the people who were suckered were often elderly or somewhat feeble-minded. Did they just trash the footage of young people who didn't fall for the more obvious pranks? For each single episode, Allen Funt had his production crew film for 40 hours. The talking mailbox actually was one of the more memorable Candid Camera stunts of the 1950s.

Candid Camera began on radio in 1947 as Candid Microphone, inspired by Funt's WWII work in the Signal Corps when he realized he could record better interviews with servicemen by using a concealed microphone. In his first book, Eavesdropper at Large (1952), Funt detailed the numerous technical problems he had to conquer when he added hidden cameras. His earliest films were a series of theatrical movie shorts titled Candid Microphone. He did Candid Mike on ABC television (1947-49), and it finally evolved into Candid Camera on NBC in 1949.

During the mid-1960s, I went to a Candid Camera press party to kick off the new season. When Funt was introduced and began speaking in a slurred voice, it was evident that he was quite smashed and had nothing of real interest to say. His staff, of course, reacted as though nothing unusual was happening. It all seemed quite odd to me, since the purpose of the gathering was to create a good impression for the assembled journalists. But Funt's drunken behavior was the only memorable moment in the midst of a very boring non-event.

Thomas Blass wrote an interesting comparison of Allen Funt with Stanley Milgram, who conducted the infamous "Obedience to Authority" experiment. William Shatner portrayed a character based on Milgram in The Tenth Level. Funt's life also could make an interesting dramatic film (starring Paul Giamatti), but no one seems to have hit on that idea.

Beginning in 1965, Funt became a major collector of Lawrence Alma-Tadema paintings, acquired cheaply because the art world looked down on Alma-Tadema. Funt's accountant, Seymour Goldes, after embezzling more than $1,200,000 from Funt, committed suicide on the eve of his sentencing. In 1973, Funt's collection was exhibited at the Metropolitan Museum, but because Funt needed money after the embezzlement, he sold all 35 paintings for $570,000. However, it was Funt who was responsible for renewed interest in Alma-Tadema, with the result that the Alma-Tadema paintings Funt sold in 1973 are now worth millions. 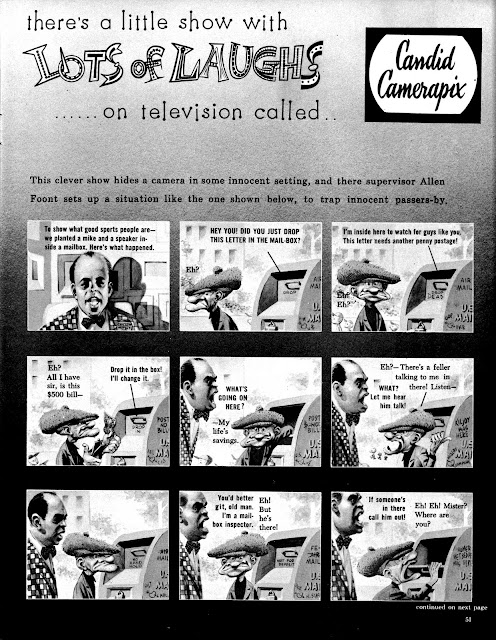 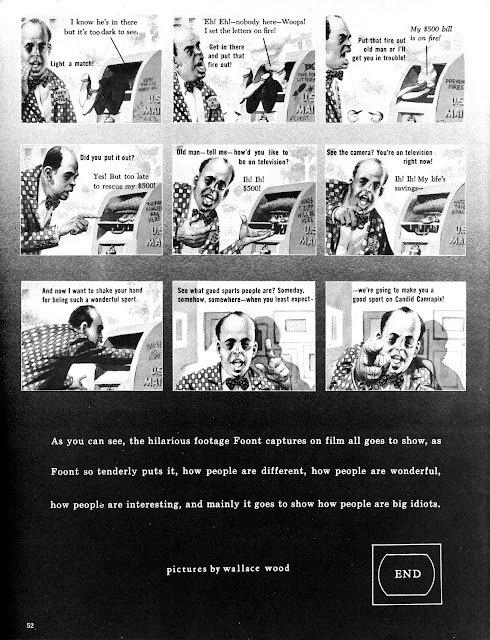 Comments:
When I first read Crumb's Mr. Natural, I wondered why the name 'Flakey Foont' sounded so familiar. Now I know.