Potrzebie
Monday, January 17, 2011
Facial recognition: Clifford McBride .
With action scenes drawn in relaxed, flowing lines, Clifford McBride (1901-1951) was a terrific artist, putting expressive faces on his dog character Napoleon, an Irish Wolfhound. McBride's own dog, as seen in this 1928 photo, was a St. Bernard. Beginning in 1932, McBride drew the mostly pantomime strip for almost 20 years. I've attempted a restoration to eliminate yellowing paper and saved at a very large size, so we can get an approximation of how Napoleon might have looked in the Sunday comics section of December 5, 1937. Roger Armstrong continued the strip until 1961. For more McBride Napoleon strips, go to the I Love Comix Archive. For Dave Strickler's Index to Los Angeles Times Comics, go here. 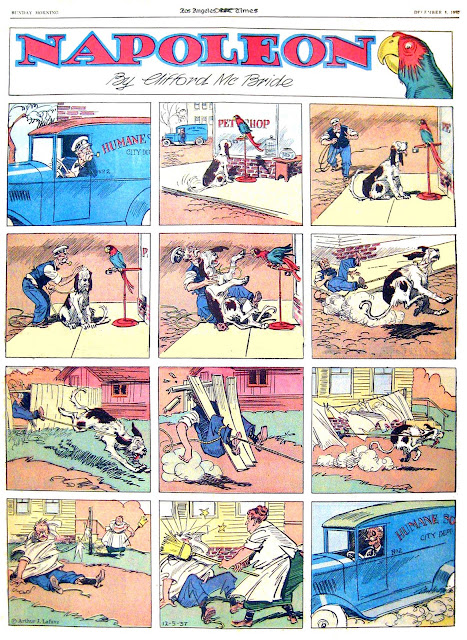 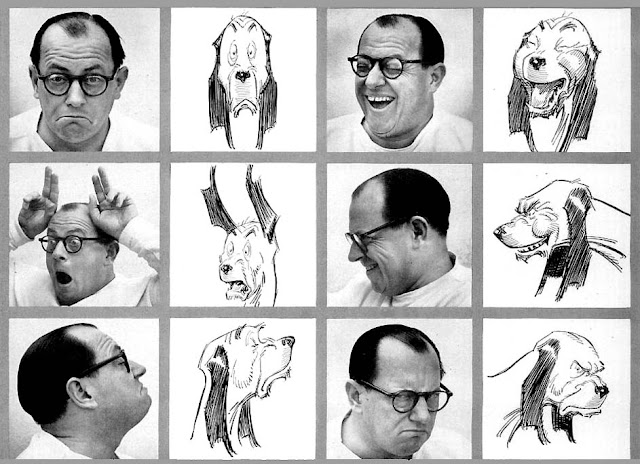 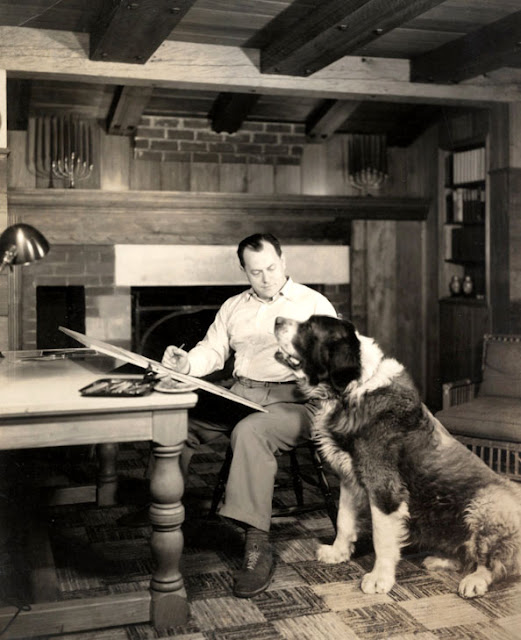