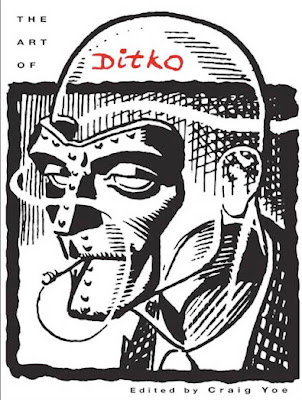 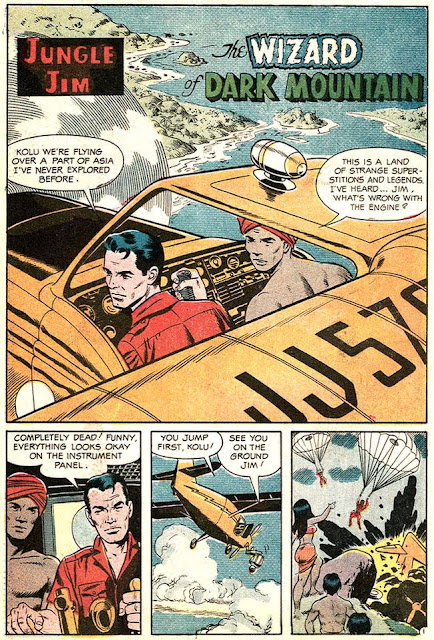 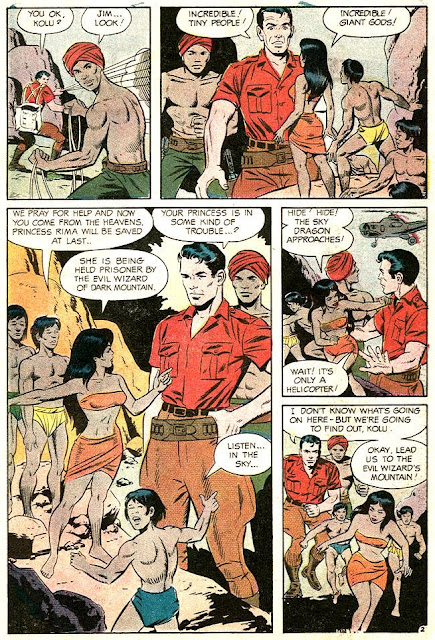 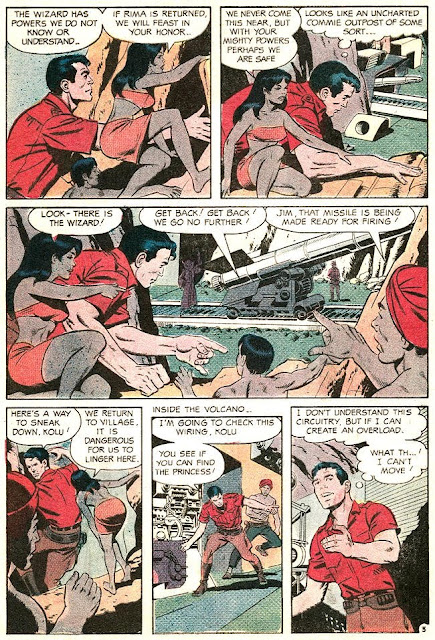 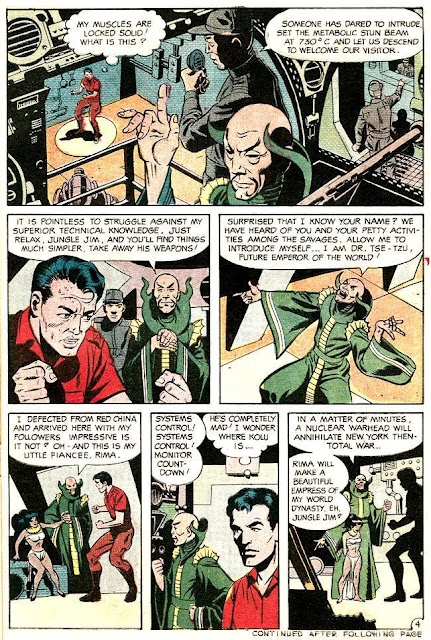 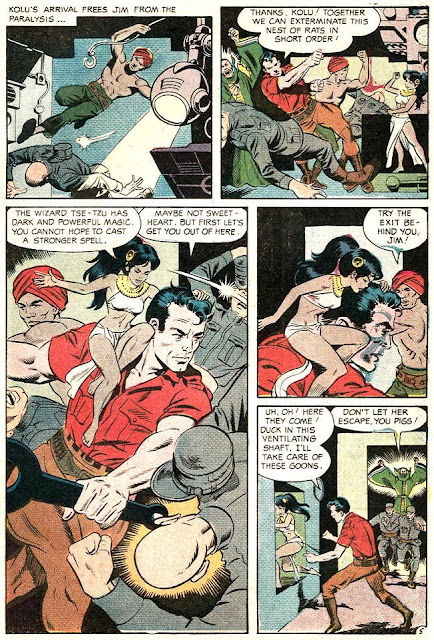 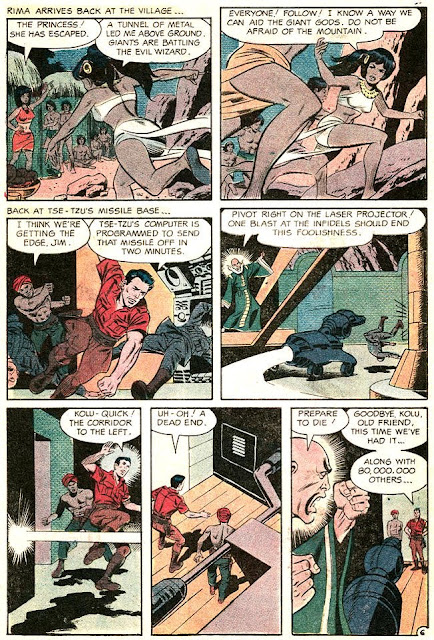 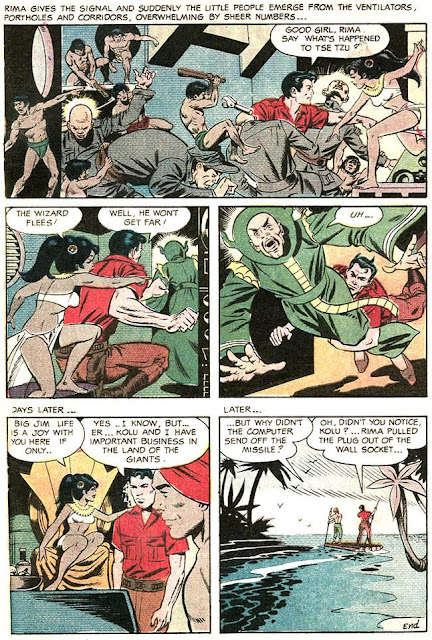 Comments:
Bhob, great blog! I had missed your posting of Ditko's "Ghost Story" last year, but I see someone asked the same question I asked on a blog after reading the story for the first time. Did Jim Aparo have anything to do with the inking on that story? I would really like to know, as it fits in with the story concept perfectly, and I've never seen Ditko alter his style that much. If Ditko did do the pseudo-Aparo touches, it's one more examaple of his genius.

Maybe someone will jump in with info re Aparo. I dunno.

The final panel dialogue in the JJ story was suggested by the Kurtzman sf story about a time traveler stuck in the past because there were no electrical outlets.

Friends of mine attempted to stage a production of The Beard in college, so we were all quite obsessed with it, but I hadn't known the link between The Beard and Doctor Strange before this.