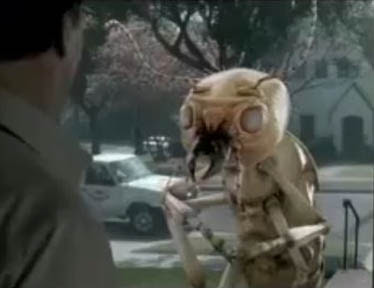 Someone asked me if I thought my story "Bugged!" had inspired the recent Orkin commercial. I doubt it, but the doorway shot in the commercial is almost identical to the last panel of "Bugged!" Although credited to Jack Younger, the pseudonym frequently used by Russ Jones, the script is entirely by me, and Alfredo Alcala did a remarkable job of illustrating the story exactly as I had envisioned it. I regarded it as a horror story, but Marvel put it in their humor title, Arrgh! (February, 1974).

It's strange to reread this after years and see that I incorporated autobiographical elements of three different apartments where I lived. When I arrived in New York in 1960, I moved into an apartment on West 10th Street, where I first encountered New York cockroaches. I bought a big can of bug spray, didn't read the warning on the can, burned a hole in my eye and had to go to the eye hospital on the Upper East Side.

Bills arrived in the name of the previous tenant. I didn't pay the bills in an effort to get rid of an unwanted roommate, thinking he would leave when the power was turned off. He didn't. There was a period when I would go downtown weekly to pick up an unemployment check during mid-morning. Trash bins were filled with newspapers discarded as everyone headed for offices. I would select every NY newspaper from the trash and then go to a coffee shop, deserted except for the busboy cleaning up after the morning crowd. One morning he stared at the stack of newspapers on the table and said, "This isn't a library."

In the late 1960s I lived on West 12th Street. The building's superintendent lived directly below me. Drugs and gambling debts prompted him to flee the city in the middle of the night, and soon cockroaches from that empty apartment began to crawl up one flight. One visitor commented that my place had more cockroaches than any New York apartment he had ever seen. Evidently some even traveled with me when I moved to Boston. The address on page seven is 18 Lee Street, roach-free and where I was living in Cambridge when I wrote the story. 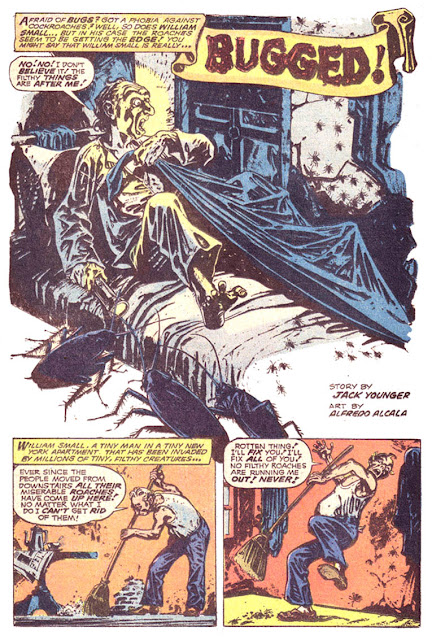 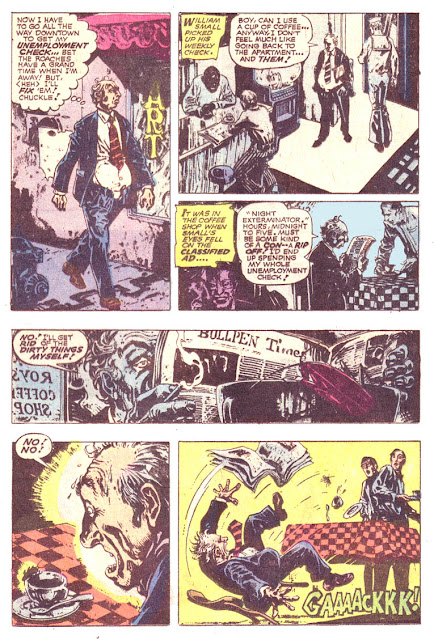 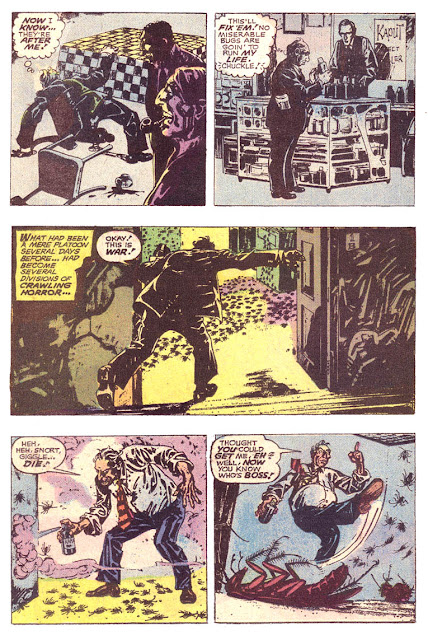 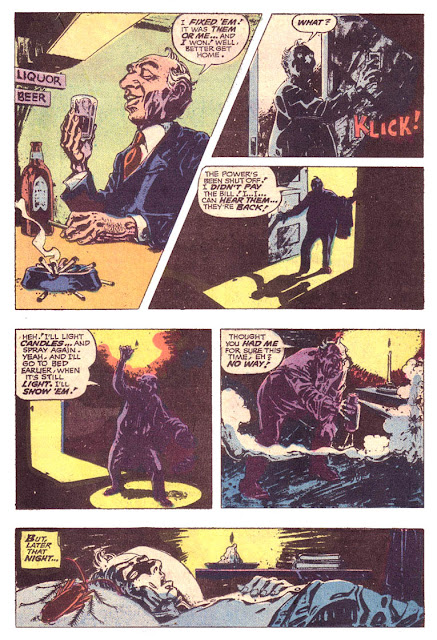 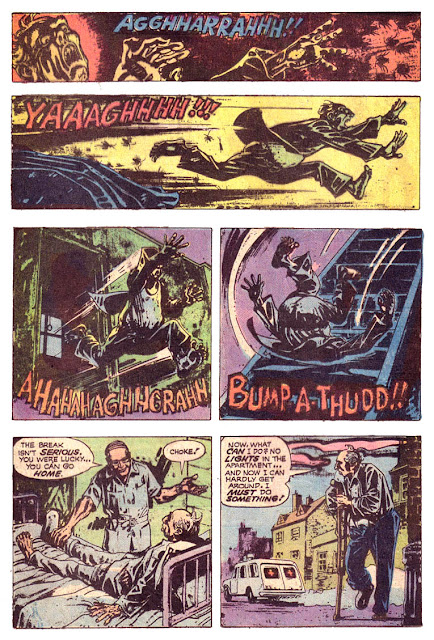 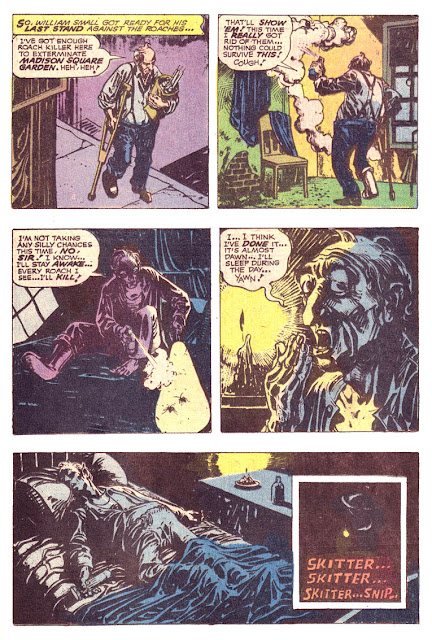 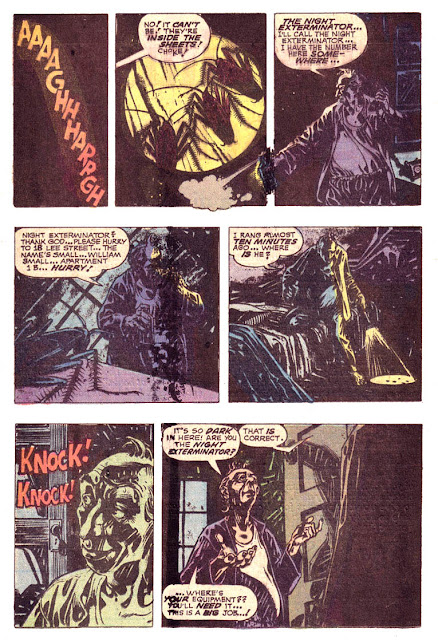 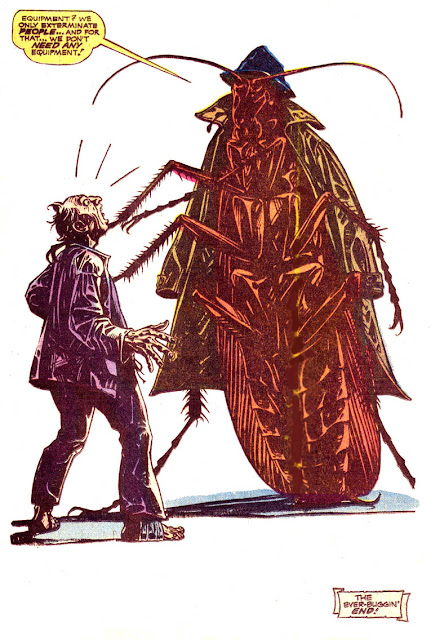 Comments:
I remember reading this story back in 1974 when I was a boy of 8 years.IT SCARED THE HECK OUT OF ME! It didn't help that my mom and me lived in an roach infested apartment as well.So that helped make the feeling even more creepier.We tried every known spray,trap and exterminator you could find but still no luck getting rid of those buggers.Our apartment was so clean you could eat off the floor,maybe that was the problem.Especially when you have to also deal with waterbugs.This was back where I grew up in Coney Island,Brooklyn,N.Y.Budd

Just seeing one on your coffee cup is like a living nightmare!