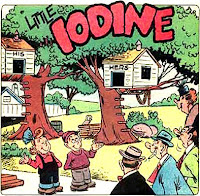 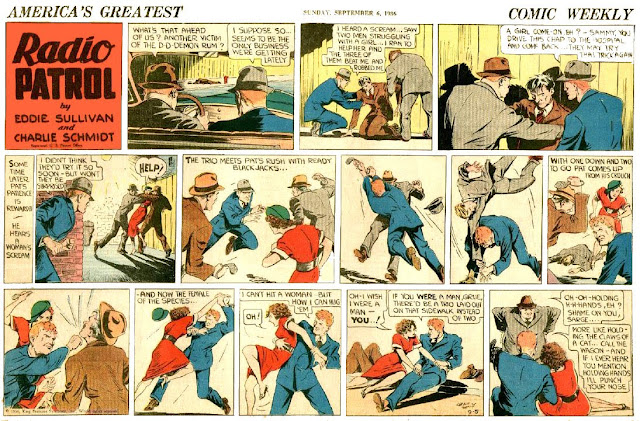 Great news! King Features is, at long last, doubling the number of DailyINK vintage selections. And no indication so far that they will be increasing the $15 annual subscription fee, an amazing bargain. For Potrzebie's earlier review of DailyINK, go here.

Now we're rolling! This is what I had in mind when I  suggested to King Features editor Jay Kennedy many years ago that he put vintage King strips on the Internet. His reaction then was, "Where's the money?" But he eventually succeeded in launching DailyINK only months before his tragic drowning in Costa Rica, ripped from life by a riptide. 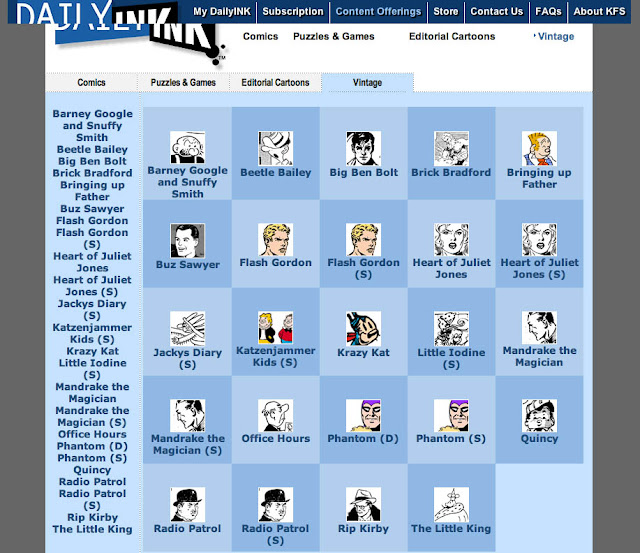 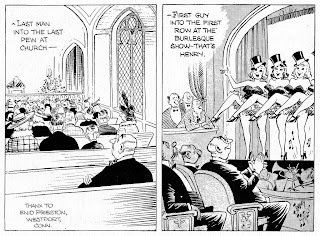 This is the opening page of a 14-page story in Little Iodine #9 (December-January 1952). Mike Lynch has the full story at Mike Lynch Cartoons. 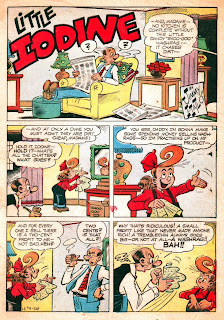 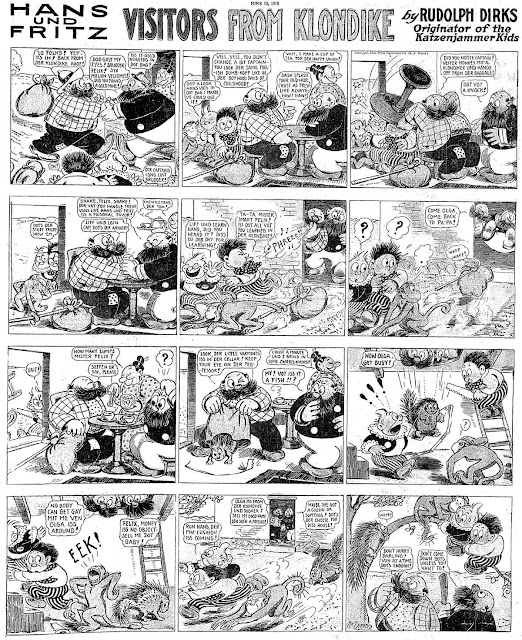 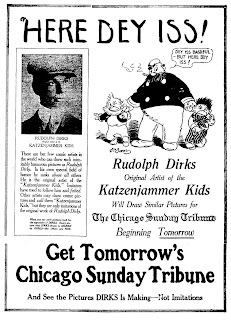 Comments:
Wow! This is grand news which I am going to post over at my blog this morning you bet! Thanks, Mr. Stewart, sir!

BTW, Bhob, something went wrong with the Little Iodine linky. The correct URL is:

Keep up your great blog, please! Thank you!!!

Fixed! Thanks. I shoulda checked.