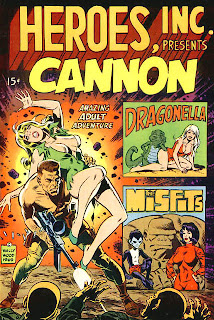 Wally Wood would recycle and alter these characters to fit. They could be "Fearless Ferris and the Misfits" or reassemble into "I.Q. and the Rejects". In this case, we see Ferris and friends battling creatures and robots in Wood's late 1960s proposal for an animated science fiction series. Plus we can see how Wood devised both cartooned and straight versions of the Misfits. Note some of the same characters in the "Bucky Ruckus" drawings at bottom. Elsewhere, Banghead is called Kenneth Banghead, a gag name inspired by NBC radio announcer Kenneth Banghart.

The notion of "shadows with eyes" is haunting; I can almost hear Sonny Rollins playing "Shadow Waltz" in the background. Wood seemed taken by the fantastic idea of these quasi-dimensional characters, blurred, shadowy or outline only. Maybe because he wouldn't have to draw much of anything! But imaginative concepts, even so. If Zero˚ and Blur had set out to fight Shadows with Eyes, what a story that could have been. 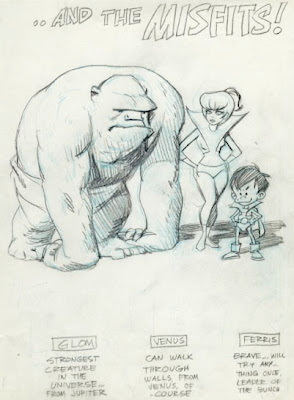 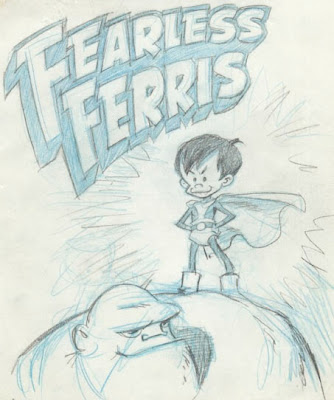 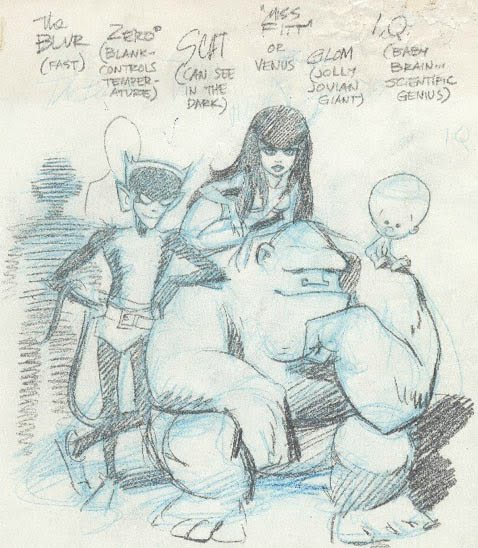 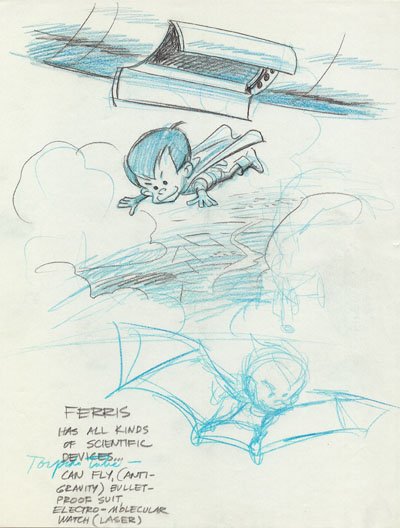 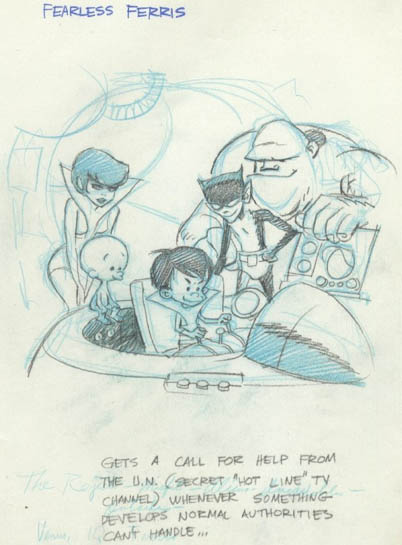 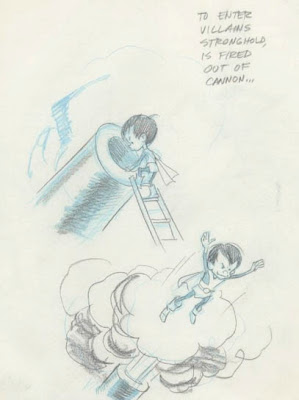 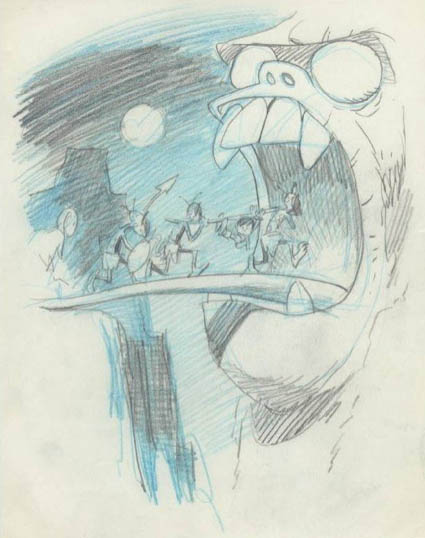 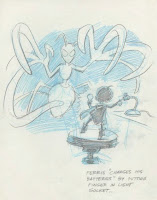 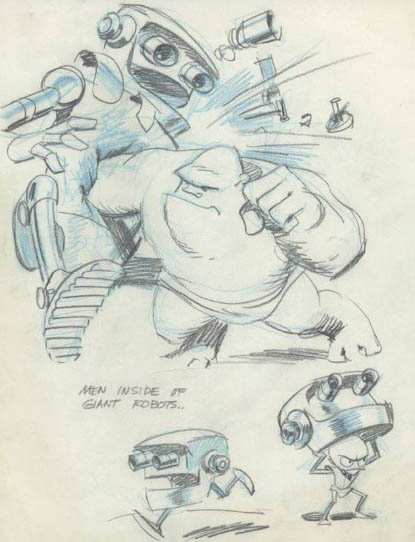 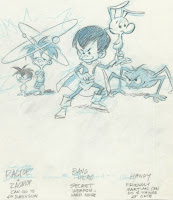 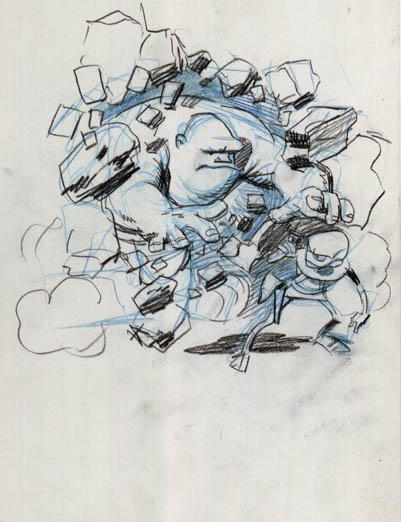 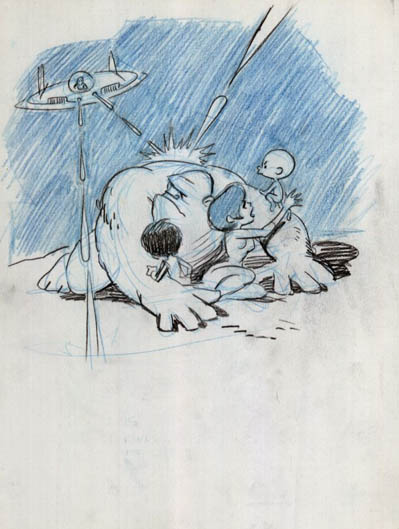 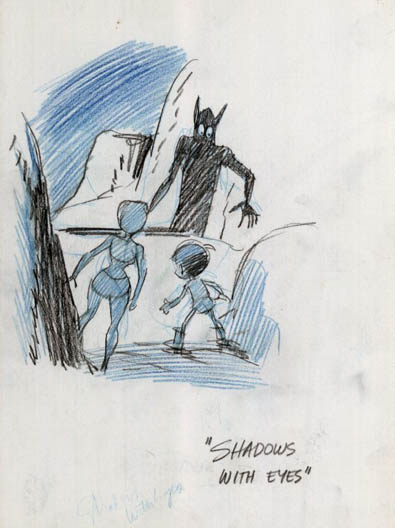 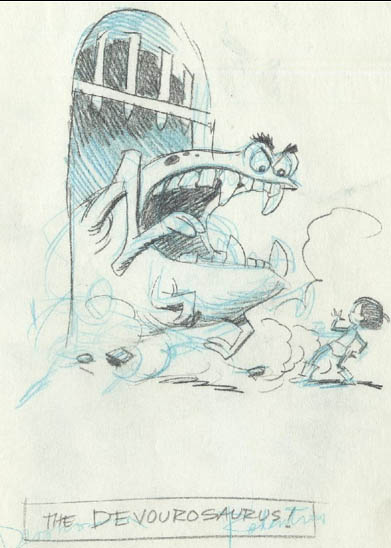 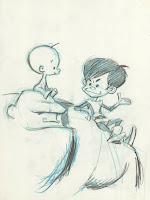 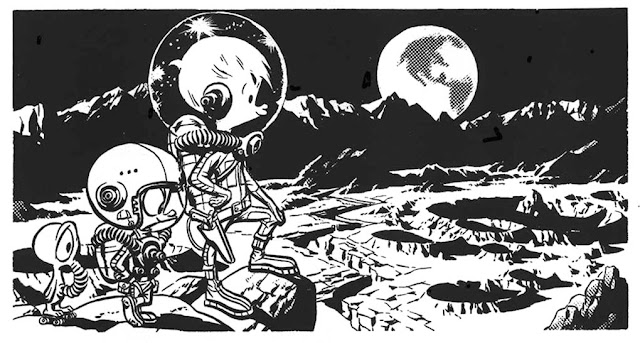 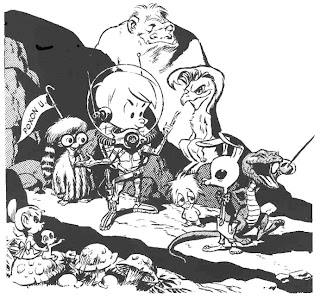 Apparently I have too many images for the "wood chips" label to bring up all 17 in the series. So here are the months one can click on to see the entire "Wood Chips" series: 2008 (July, September, October, December), 2009 (January, February, March, May, June, November, December), 2010 (February, April).

Comments:
Absolutely lovely and fun stuff, sir! That very last illo--but for the lack of a busty babe--has always been a definitive Wood piece to me (and used as the cover of my abortive Wood fanzine decades ago)!

Thanks for posting all the amazing Wood art!!