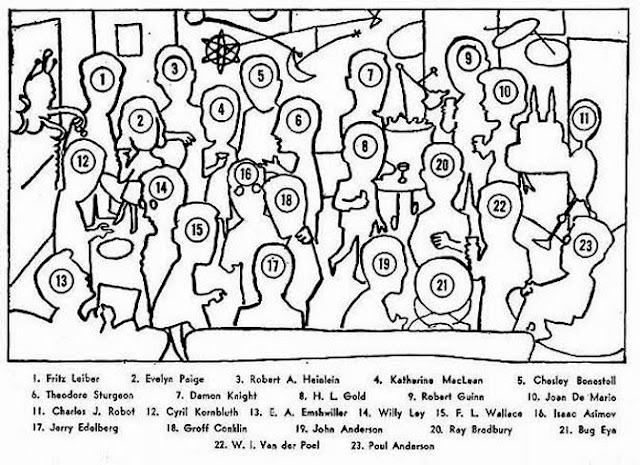 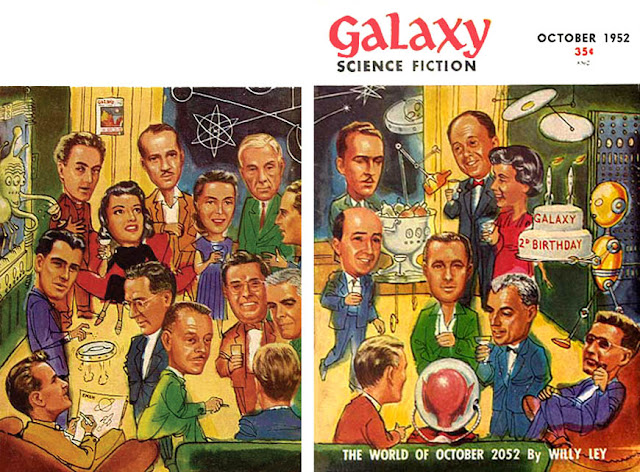 So by October 1952, there was reason to celebrate, and Galaxy invited readers to meet its writers, artists and staff in a front cover wraparound illustration by Ed Emshwiller. It was quite a party, and inside was an map to identify the sf talents. Emsh placed Gold at the center of the party, and he added several humorous touches, including a hovercraft ashtray and a miniature of the first issue's cover on the back wall. W.I. van der Poel was the art director, Robert Guinn was the publisher, Willy Ley was the science editor, anthologist Groff Conklin was the book critic, Evelyn Paige (Gold's wife) was the assistant editor, Joan De Mario was the production manager and John Anderson was the advertising manager. Jerry Edelberg was a publicist who later did public relations for the 1964 World's Fair.

I've attempted a clean-up restoration from available materials. The best way to look at this is to use control-click to bring up the enlargement in a separate window that can be positioned alongside the identifications.

In "The World of 2052," Willy Ley wrote about time capsules. It's a good thing Steve Jobs didn't listen to Ley or there might have been no iPad: 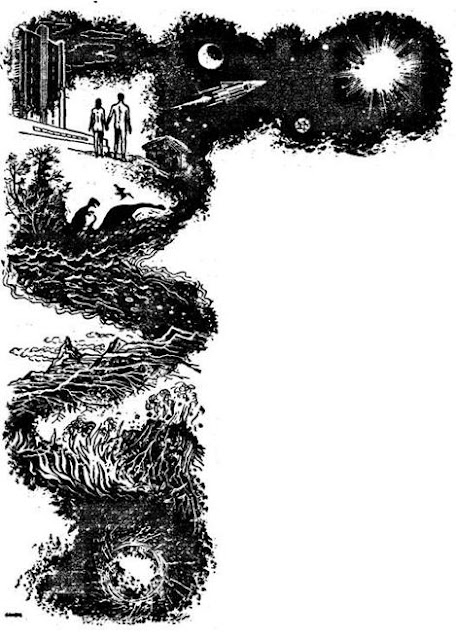