Potrzebie
Wednesday, January 06, 2010
Death of Newspapers #11: The Vault of Caswell 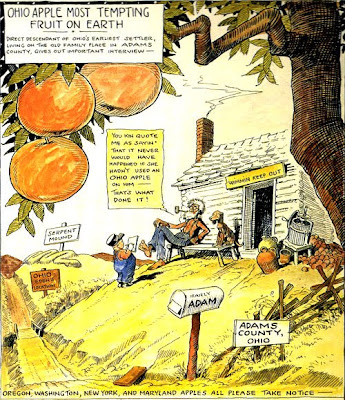 Lucy Caswell, curator of the Billy Ireland Cartoon Library & Museum, gives us a guided tour, noting the 1998 addition of Bill Blackbeard's San Francisco Academy of Comic Art collection. The Great Comic Strip Trek of 1998 required six 18-wheelers to deliver the 75 tons of Blackbeard's collection from California to Ohio. Thanks to Caswell and Blackbeard, even as newspapers die, comic strips live on. For more on Blackbeard, go here.
But who was Billy Ireland? From 1898 to 1935, he was a cartoonist working in Ohio for The Columbus Dispatch, drawing his regular full-page comics feature, The Passing Show. Pages by Ireland, Winsor McCay and Milton Caniff can be seen in the Caswell video above. Below are details from The Passing Show. For more about Ireland, read this review by writer-artist J. Caleb Mozzocco. 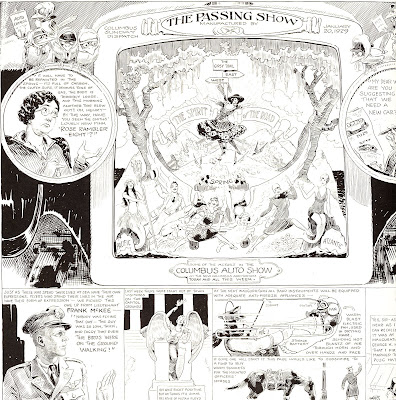 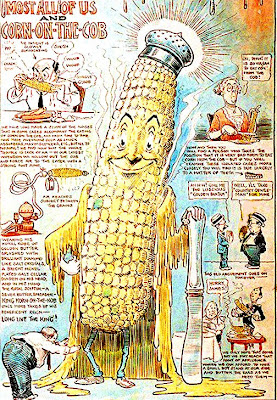 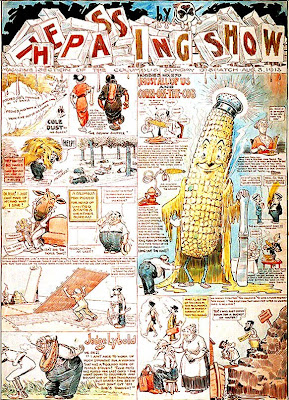 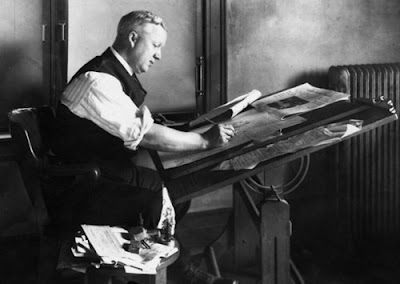