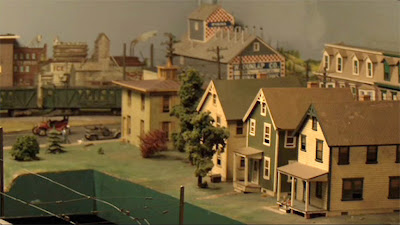 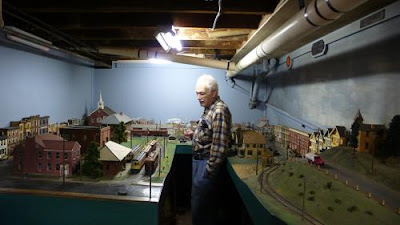 For "Mr. Siebert" (running time: 5:06), click here: InterviewProject.com "Mr. Siebert" is episode 50 in Interview Project, directed by Austin Lynch and Jason S. They interviewed 121 people during a 70-day road trip covering 20,000 miles. Their film notes:
While driving through Camp Hill, Pennsylvania, we came across a young woman who told us about Mr. Siebert and his trolley cars. We found his house and rang the bell. Mr. Siebert answered the door and led us into his basement to show us the Venango Traction Company - his trolley layout in quarter-inch scale. Mr. Siebert is a retired environmental engineer who spent most of his life working with the water department. His wife passed away 14 years ago and he has been living alone ever since. Aside from daily walks, his trolley line is what keeps him busy and he works on it almost every night.
Discussion of this episode. Much like Wash-35 in Philip K. Dick's Now Wait for Last Year, Mr. Siebert has reconstructed his childhood in a physical form.

Wednesday, November 25, 2009
The hills are alive with the sound of fractals .
Below is best at full screen and full volume:

Here's an image from Skytopia: 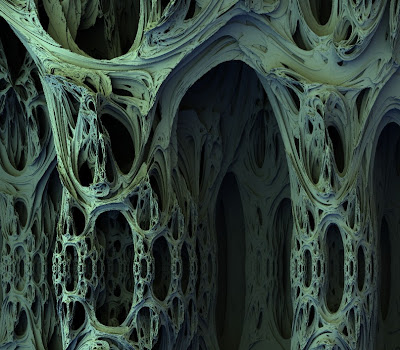 Friday, November 20, 2009
Wood Chips 13: 1950s .
Three from the 1950s: Cover of the Fordham humor magazine, a drawing on Craftint paper (possibly late 1940s) and a 1959 cover for The Cartoonist. Note the party guests not only include cartoonists and cartoon characters but also a strange hybrid of cartoonists who have morphed into their own characters. Click on "wood chips" label at bottom to see the previous 12 posts in this series. 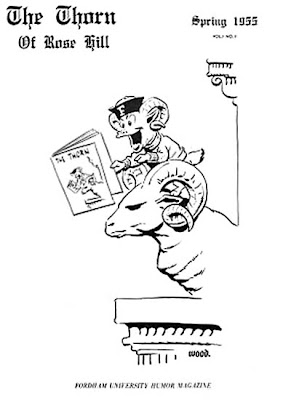 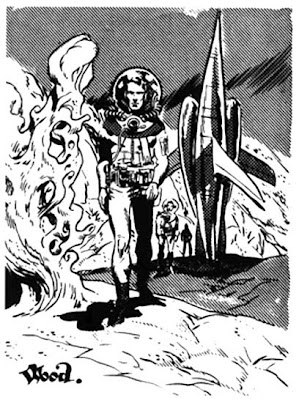 National Cartoonists Society meeting on cover of The Cartoonist (1959) 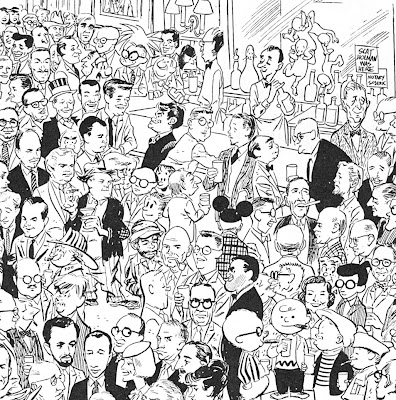 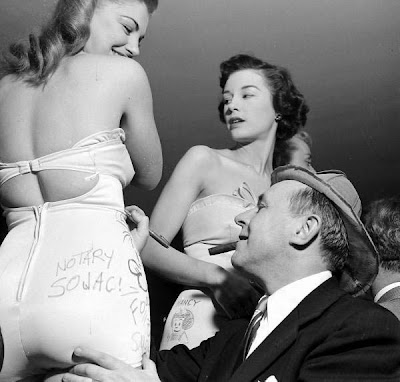 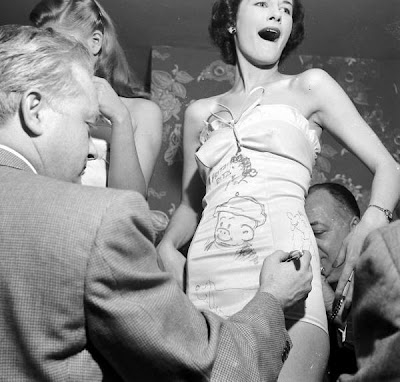 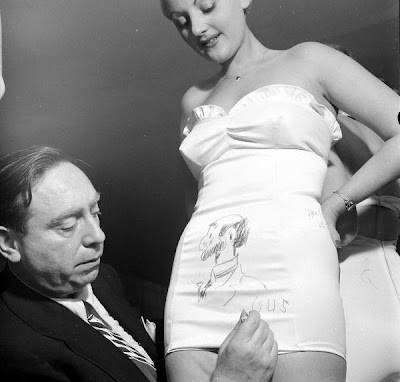 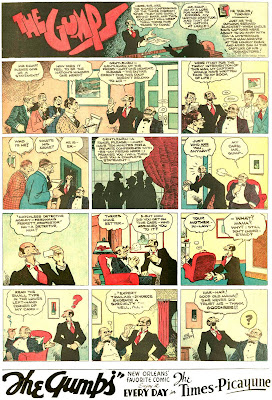 Wednesday, November 18, 2009
All knowledge on the head of a pin .
Here's a 13-minute video about WolframAlpha.
And here's 20 seconds:
An interview with Stephen Wolfram. 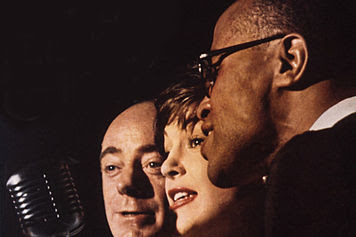 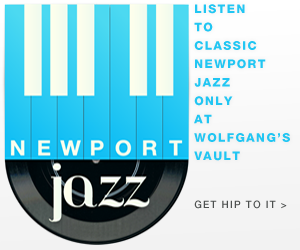 Just as the Basie set had built to an ecstatic peak, Williams introduces special guests Lambert, Hendricks and Ross, who leapt into the limelight just the previous year with their astonishing debut, Sing a Song of Basie on ABC-Paramount (later reissued on Impulse). Comprised of vocalese pioneers Dave Lambert, Jon Hendricks and Annie Ross, this invigorating trio specialized in setting lyrics (primarily penned by Hendricks) to existing and particularly memorable instrumental jazz solos. Ross was actually one of the first to successfully venture into vocalese with her 1952 hit "Twisted" (based on a famous Wardell Gray tenor sax solo). Her early experiments, along with those of fellow vocalese pioneers King Pleasure and Eddie Jefferson, marked her as a true innovator in vocal jazz. And when Ross joined forces in 1957 with Lambert and Hendricks - each of whom had been making notable strides on their own in the same vocalese direction - a powerhouse act was born. Their appearance at the 1959 Newport Jazz Festival came hot on the heels of their second triumphant release, The Swingers on the Pacific Jazz label (later reissued on EMI/Manhattan).
They enter with the jivey "It's Sand, Man" before tackling Basie's "Let Me See," Horace Silver's "Doodlin'" and the invigorating "Taps Miller." Williams joins them for a rousing rendition of Louis Jordan's "Rusty Dusty Blues," with Lambert, Hendricks and Ross providing backing vocal harmony and simulated horn pads. They deliver a soulful reading of Milt Jackson's "The Spirit-Feel," a tune that was also covered by Ray Charles the previous year at the 1958 Newport Jazz Festival. And they wrap it up with a swinging "Avenue C," a Basie staple chockfull of clever Hendricks lyrics, before segueing to Basie's closing theme, "One O'Clock Jump," putting the capper on what was easily one of the most invigorating and memorable sets of the 1959 Newport Jazz Festival.
--Excerpt from Wolfgang's Vault notes

Got me a big date,
Waitin' for my chick,
Puttin' my face on,
So she could look slick,

I enjoy procrastinating
'Cause I'm busy while I'm waiting,
Doodlin' away, doodlin away 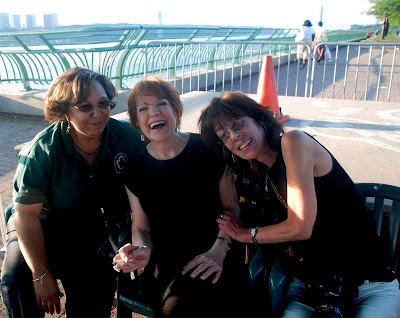 Photo: Charles O'Neal
At age 83, Annie Ross is still performing. Here she is in August 2009 after an outdoor Jammin’ on the Hudson at Harlem's Riverbank State Park with the park’s cultural director, Ruth Thomas (l.), and public relations person, Pat Vitucci (r.). Her current solo act includes "Twisted" and "Buddy, Can You Spare a Dime". Also at Riverbank State Park is Milo Mottola and Maria Reidelbach's Totally Kid Carousel, the "first carousel in the world designed by kids."

The Truth about 2012 from NASA Lunar Science Institute.

Thursday, November 05, 2009
Pete Candeland's The Beatles: Rock Band
For greater clarity, go to The Opening Cinematic.
By the way, do you know who the Eggman is? It's Eric Burdon, as he explained in his autobiography.