Potrzebie
Monday, October 06, 2008
Jack Kerouac reads from Doctor Sax Control click heading above to hear Anna Domino's haunting interpretation of "Pome on Doctor Sax".
©2008 Jack Kerouac Estate
Doctor Sax the master knower of Easter was now reduced to penury and looking at stained glass windows in old churches - His only two last friends in life, this impossibly hard life no matter under what conditions it appears, were Bela Lugosi and Boris Karloff, who visited him annually in his room on Third Street and cut through the fogs of evening with their heads bent ... 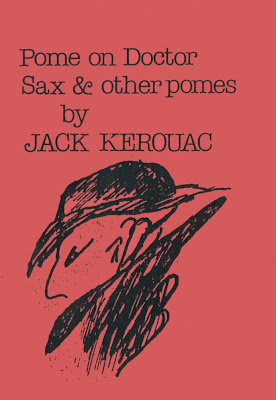 In 1957, Kerouac was asked what he considered his best book, and he answered, "A book called Doctor Sax,  a kind of Gothic fairy tale, a myth of puberty, about some kids in New England playing around in this empty place when a shadow suddenly comes out at them, a real shadow. A real shadow." Our pre-Halloween celebration continues with two videos which combine Kerouac's voice with photos of Lowell, the setting of Doctor Sax. The first is by Gottfried Geist, who has many other videos about writers which you can see here. (To reread Potrzebie's 2007 Halloween Celebration with the real-life horror tale "University of Horrorda," click on "horrorda" in the labels at bottom.)

Excerpt from Chapter 10 of Doctor Sax: It was in Centralville I was born, in Pawtucketville saw Doctor Sax. Across the wide basin to the hill--on Lupine Road, March 1922, at five o’clock in the afternoon of a red-all-over suppertime, as drowsily beers were tapped on Moody and Lakeview saloons and the river rushed with her cargoes of ice over reddened slick rocks, and on the shore the reeds swayed among mattresses and cast-off boots of Time, and lazily pieces of snow dropped plunk from bagging branches of black thorny oily pine in their thaw, and beneath the wet snows of the hillside receiving the sun’s lost rays the melts of winter mixed with roars of Merrimac was born. Bloody rooftop. Strange deed. All eyes I came hearing the river’s red; I remember that afternoon, I perceived it through beads hanging in a door and through lace curtains and glass of a universal sad lost redness of mortal damnation ... the snow was melting. The snake coiled in the hill not my heart.
Young Doctor Simpson who later became tragic tall and grayhaired and unloved, snapping his--"I think everything she is going to be alright, Angy," he said to my mother who’d given birth to her first two, Gerard and Catherine, in a hospital.
"Tank you Doctor Simpson, he’s fat like a tub of butter--mon ti n’ange..." Golden birds hovered over her and me as she hugged me to her breast; angels and cherubs made a dance, and floated from the ceiling with upsidedown assholes and thick folds of fat, and there was a mist of butterflies, birds, moths and brownesses hanging dull and stupid over pouting births. 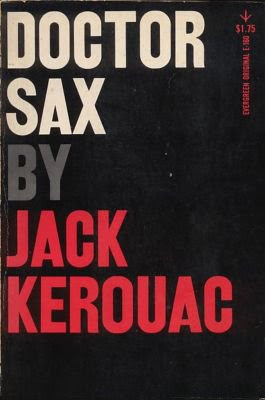 More Lowell images set to this 1961 audiotape of Kerouac reading. 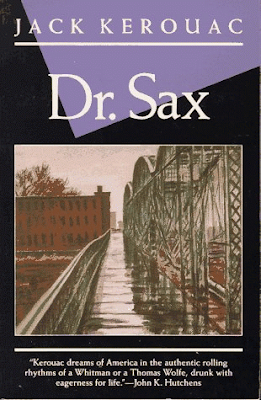 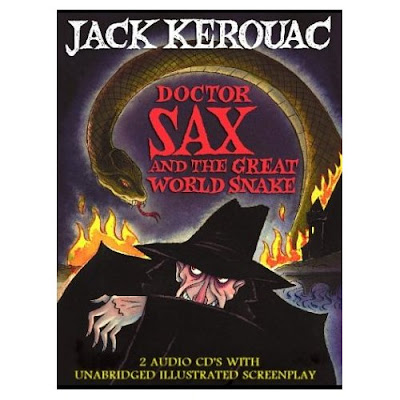