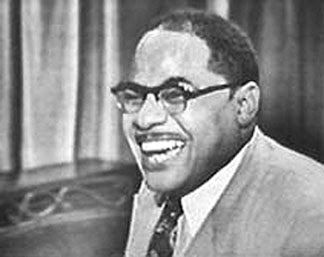 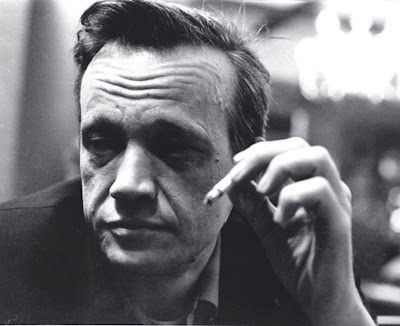 Photo © 2007 Bhob Stewart
It was an afternoon in 1968. Woody said, “Bhob, let’s get something to eat.” We left the studio, went down the Berkley Hotel’s elevator and crossed the street to the hashhouse diagonally opposite the hotel. We sat down in a booth by the windows, making possible the kind of shot I could not get in the dimly lit studio. The café’s overhead lights and counter stools are the out-of-focus background to the right. He smiled when I aimed the camera, but then glanced away just before I snapped the shutter.  ¶ 10:00 PM 0 comments

Wallace Wood: Against the Grain, part 46 The life of Wallace Wood is found in inked lines on paper, not in quotes. When the interviewers approached with tape recorders running, he usually eluded them. Wood had little to say about his achievements because he had already said it in thousands of panels and pages. He projected himself through his work, as Elder observed, to the extent that his Winsor-Newton brush became a conduit for all that he had absorbed and experienced. The man and the art became synonymous. Just as one can see the history of cinema in Jean-Luc Godard’s films, the entire history of newspaper strips and comic books seems to live and breathe in the body of work created by Wallace Wood. To some he was simply the greatest cartoonist who ever lived. But if you had happened to ask him about that, he probably would have just grinned and said, “I’m an artist. I do it for a living.” 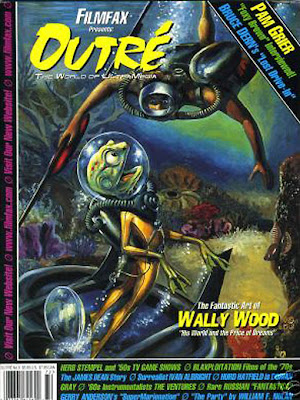 Wallace Wood: Against the Grain, part 45 In 1972 he reflected on the previous two-and-a-half decades of his career: “I don’t worry about words, like whether I’m an illustrator or cartoonist or whatever. I’m an artist. I do it for a living. I don’t make any great distinctions between fine art and commercial art either. After all, they sell those fine art paintings. Looking back, I had fun. I would rather draw than eat maybe. And I don’t quite have that energy any more. That may be part of the reason why I’ve sort of simplified my style. I’d never get the stuff done today.”  ¶ 6:26 PM 0 comments 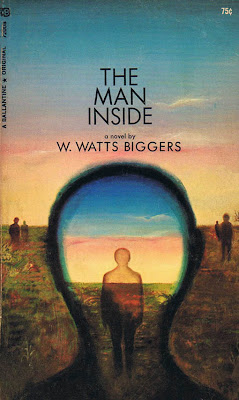 W. Watts Biggers' haunting allegorical novel, first published as a Ballantine paperback original in 1968, vanished from bookstores within weeks and remained out of print for years.


ART of "The Man Inside" by W. Watts Biggers from One Brick Films on Vimeo.
Kurt Burk's art for The Man Inside film.  ¶ 3:27 PM 0 comments 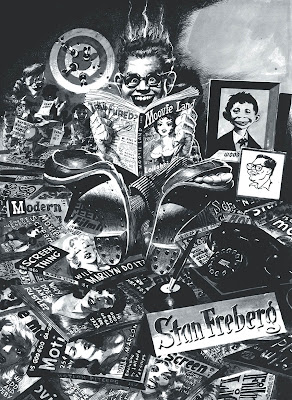 Wood's portrait of Stan Freberg
(and Daws Butler in frame at
right) for Freberg's movie
magazine satire, "Anyone
for Wrist Slashing?" (Mad 25).

Wallace Wood: Against the Grain, part 44 A very gifted guy. A master. Blindingly original. Incredibly good. Brilliant stuff. A natural. Master craftsman. This is what they thought of him. And backing up the opinions of his associates, as Wood worked through the years on sf illustration, Mad and comics, came international acclaim and awards—three citations from the National Cartoonists Society (1957, 1959, 1965), two nominations (1959, 1960) for the Science Fiction Achievement Award (the Hugo), the Best Foreign Cartoonist Award (Angouleme, France, 1978) and more. Perhaps none of this attention surprised him. It was, of course, what he had set out to accomplish when he arrived in New York after the war.  ¶ 9:35 AM 0 comments 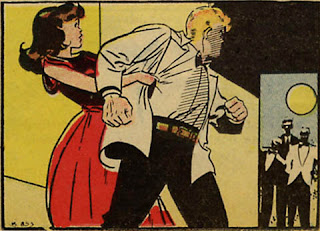 "Lesson for Lester" was a text feature illustrated by Wood in King Comics 158  ¶ 8:36 PM 0 comments

Wallace Wood: Against the Grain, part 43 If problems arose, Wood’s solution was simply to return to the drawing board where all energy, positive or negative, was translated to the page. It may be that when all of the speculation on his psychological make-up has come and gone, the solution to the riddle of Wallace Wood was perceived most clearly by Will Elder: “There was a quiet warmth about Wally that I liked. Wally was very unpretentious. He actually projected himself through his work. He worked extremely hard to be recognized for what he was. I felt that Wally could only exemplify himself through his art. There was a need of showing his sensitivity through his work, since I don’t think Wally had the personality to show it any other way. It was a complex, and I think Wally was full of complexes. But due to those complexes, Wally turned out to be a master at what he does. He’s a tremendous talent. A very gifted guy.”  ¶ 8:31 PM 0 comments 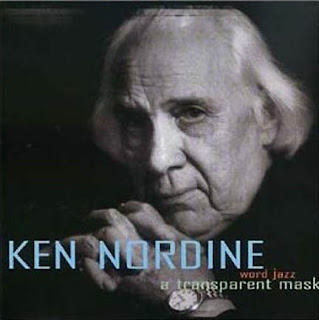 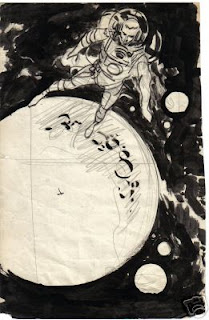 Wallace Wood: Against the Grain, part 42 Wood worked incessantly, sometimes going without sleep. “I worked 12 hours a day, seven days a week, for years,” he admitted to Dorf. “Being a comic book artist is like sentencing yourself to life imprisonment at hard labor in solitary confinement. I don’t think I’d do it again.” Roy Krenkel, in 1972, offered this picture of Wood’s work habits: “You’d be going over to see Wally about noon or one o’clock, because you got up late like all the guys. You’d been sleeping seven or eight hours, which wasn’t enough. You’d come to Wally’s door, and you realize Wally had been up all night. You left him about two in the morning, and you’d come back about 12. You ring the bell repeatedly. The door finally, slowly opens, and Wally stands there with an absolutely glazed look in his eyes, totally incapable of focusing. A long pregnant silence lasting for about a minute-and-a-half would go by, and then without any change of expression, would be ‘eh,’ just a little coughing grunt, ‘eh.’ He’d be walking like a mummy, and he’d slowly amble in and guzzle some fruit juice and go back to the drawing board. Typical Wood. With all his brilliant imagination, everything is done totally automatic — a real frozen-zombie style of life. Why it didn’t kill him, I’ll never know. The guy was totally obsessed with work. Really hung up on hard work, and he’d never tire. He’d go on and on and on, and out would come brilliant stuff.”  ¶ 7:23 PM 0 comments 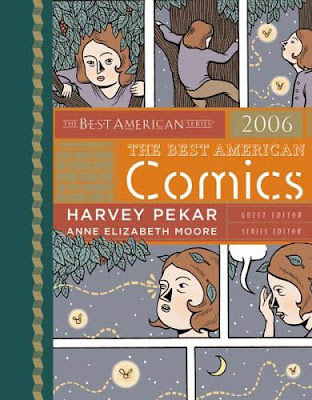 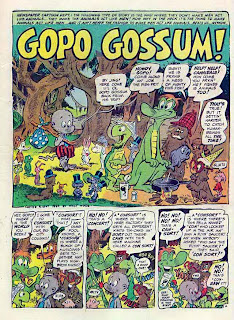 Wallace Wood: Against the Grain, part 41 Tatjana recalled, "During that vacation, the headache started. In 1960 he was in the New York Hospital headache clinic for a week or more, and everything was checked out. After that he went once more to a private doctor; all the physical things were checked out, and nothing showed up. He finally went for some therapy. I think it probably was his suppressed anger. To say he had headaches is not correct, because it was a headache — all the time. He got up with it and went to bed with it. After he had gone a year or so to therapy, suddenly his head would be clear for some spells, little by little. Then the anger came out, and he kicked chairs. When he grew up, his mother was never angry at the boys. Later, she prided herself on the fact that she never was angry at the boys, but she just totally shut them out. To raise your voice was not appreciated. Once he started to let the anger out, he was slamming chairs around. He realized that his hand was slightly injured a lot of times, because he would slam it down on a pen point or something.”  ¶ 3:09 PM 0 comments