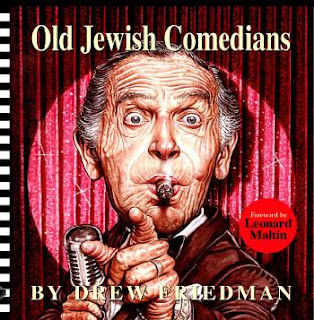 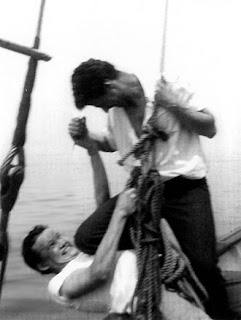 Possibly inspired by their artwork for Piracy, Al Williamson and Wood staged a knife fight during the EC boating trip in late Summer, 1955.

Wallace Wood: Against the Grain, part 40 In 1960 Woody and Tatjana left for a European vacation, an idyllic six-week tour during which he photographed architectural details for future art reference. Tatjana recalled, "First we did city-hopping by plane — New York, London, Oslo, Stockholm, Helsinki, Copenhagen — and in Frankfurt we had a car waiting for us. My mother lived near Frankfurt, and we stayed there for a little while. Then we took her and her husband with us and traveled through Germany, Switzerland and northern Italy. It was the year of the Olympics, so we never went further south than Florence. In Paris my mother and her husband went home, and he and I trekked through Belgium to Holland where we stayed with friends of mine. Then back to Germany."  ¶ 6:24 PM 0 comments 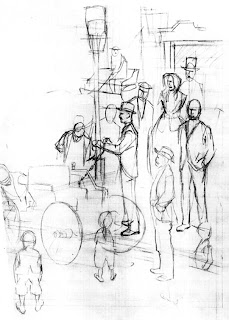 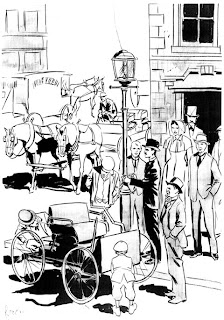 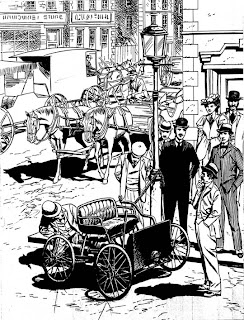 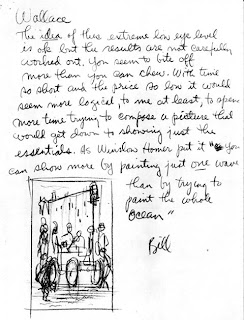 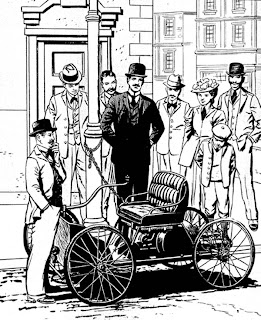 Wallace Wood: Against the Grain, part 39 In 1959, having contributed to every issue of Mad published during the 1950s, Wood accepted an assignment to illustrate several juvenile books for the Bobbs-Merrill Company in Indianapolis. After ten years as a professional, he suddenly found his work being scrutinized by an art director who was highly critical of his layouts, perspective, proportions and research details. The result was a frustrating and maddening series of revisions and replacement illustrations that went on for several months as Wood attempted to satisfy each new demand. Some drawings were returned with blue pencil marks or tracing overlays showing the “correct” way. “He didn’t particularly enjoy those books,” Tatjana remembered. “He would have to make sketches, and then this committee would have to approve them. With the comics, he’d go in, pick up the job, go home and do it. There were endless corrections and different suggestions, and he just did not like to work that way. I clearly remember that he did those and said, ‘Never again.’ With Wallace that didn’t always mean ‘never again,’ but he certainly didn’t enjoy it.”  ¶ 12:56 AM 0 comments 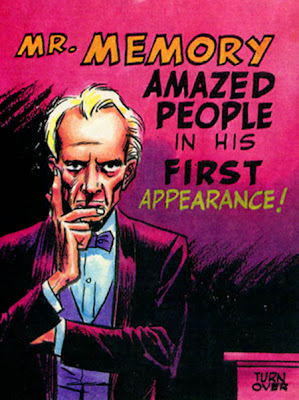 Wallace Wood: Against the Grain, part 38 Wood’s page rate climbed from $45 for the comics to $200 per page for Mad. Still, he made occasional rounds looking for additional magazine illustration assignments, and this led to an encounter with Leo Dillon, art editor at West Park Publishing. Leo and Diane Dillon, who then lived in a railroad flat at 106th Street and Second Avenue, were just beginning as an illustration team, and in 1957 the Dillons and the Woods became friends. Tatjana recalled, “One day he went in, and somebody said to Leo, ‘A Wally Wood is here.’ Leo was a fan of Wallace’s work, and he rushed out and met him. Wallace liked Leo too, so he decided to invite them over for dinner some day. They came, and little by little, we saw each other more, and we got to be close. The Dillons are my closest friends.”  ¶ 10:33 AM 0 comments 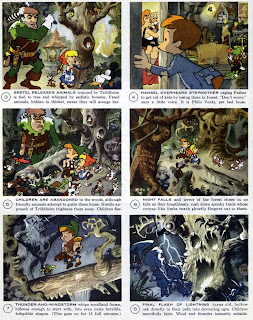 Tuesday, March 13, 2007
Wallace Wood: Against the Grain, part 37 “Wally’s hobbies include travel,” was the phrase in the EC biography, but that was mostly in the past. In truth, after the 1951 trip, Wood seldom left his drawing board throughout the Fifties. In Tatjana’s view, “Wallace wasn’t much of a vacation taker. We did have some other little vacations. We went up to Lake Winnipesaukee in New Hampshire with his brother and his wife around a Labor Day. It was beastly cold. We had rented a cabin together, and that was maybe a week-long vacation. Another time we went to Middlebury, Vermont, to visit Dutch friends who were staying there temporarily. So we did take a little time off here and there.”  ¶ 10:38 PM 0 comments

(9:29) This excerpt from Godard's classic feature has two of
the finest moments in cinema history: Anna Karina, Sami Frey
and Claude Brasseur dancing the Madison in a smoky Parisian
cafe and their record-breaking run through the Louvre, subject
of a 2003 homage in Bertolucci's The Dreamers.  ¶ 11:06 AM 0 comments

Another illustration from Wood's "What's All This Jazz About Jazz?" in Mad 31 (February 1957).

Wallace Wood: Against the Grain, part 36 Occasionally Woody put aside his brush to pick up his guitar. Hootnannies became a feature of the Woods’ annual New Year’s Eve parties, along with the dancing. “We would clear out his studio for dancing and have people spread all over the apartments; some people would be sitting around in some corner just talking. Wallace loved to sing; he was terrific at remembering words. This psychiatrist friend and his wife were terrific at singing. He would get together with them other times all evening just singing.”  ¶ 9:38 AM 0 comments 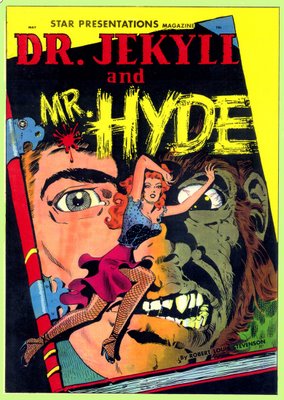 Wallace Wood: Against the Grain, part 35 The folk and country music played while he worked, but sometimes the Woods would kill the lights in the studio and attend concerts. “When the Weavers first made it,” said Tatjana, “we used to go to folk concerts — Kingston Trio, Odetta. But he was especially crazy about the Weavers. We went to several of their concerts. We saw Pete Seeger in the street once, and Wallace accosted him and talked to him about how much he enjoyed his singing. One of his favorites was Hank Williams. Shitkicker music was never my favorite. He would listen to this stuff for endless hours. Once in a while I’d say, ‘Couldn’t we put on some classical music?’ I’d put something on, but he didn’t grow up with it, and basically he never cared too much for it. So I always relented and let him put on what he wanted. I liked the folk music, but I didn’t like the hillbilly. I even made an effort to drag the poor guy to some operas in our early years, but he never cared for that too much.”