Potrzebie
Sunday, October 29, 2006
Wallace Wood: Against the Grain, part 20 Glenn also visited at Rego Park, and on one of these occasions he brought along his fianceé, Eleanor Murray, who was born and raised in Manhattan. “I was working for Maxon’s as a junior mechanical engineer,” said Glenn, “and that’s when I met my wife, during the year I was working in lower Manhattan in 1949 to 1950. I was at Maxon’s for a better part of a year; I started sometime in July 1949, and the following July I took another job. From there I went to General Electric. It was early 1950 that I first met Eleanor on a hike over in the Palisades of New Jersey. We were married in September 1951. I moved out of the New York City area, and I got recalled back into the Navy. A lot of things were happening in my life at that time.”

Each morning Tatjana left for her dressmaking job, work that included making theater costumes for the City Opera, while Wood and Orlando manned the drawing boards — with Orlando alternately drawing and cooking the meals “I was still penciling exclusively,” said Orlando. “He decided that now that he was married, he should move out to the suburbs, and he closed the studio. Out of all the guys up there, I was the only one who continued to work with him in his new place in Queens. His wife would go to work in the morning when I arrived, and we would work all day and sometimes into the night. After a while it got to be too much, so Wally took me aside and explained that he thought it was time I went off on my own. I was getting the feeling I was getting underfoot there anyway.”  ¶ 9:33 AM 1 comments 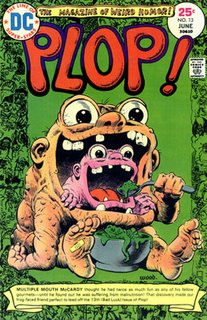 Wallace Wood: Against the Grain, part 19 Al Williamson was, at this time, working on jobs for American Comics Group. “I really got to know Wally in 1951,” said Williamson in 1985. “I didn’t see him at all in 1950. I just heard that he had gotten into comics and become a big deal. I saw him once or twice in 1948 or 1949, and I saw some of his work, and I got to see him again in 1951. When I’d go visit in Queens, they would be working there. Joe would show up and work during the day and sometimes work late at night, because a lot of times when I was over there Joe and I would both leave together. I didn’t do that much for the boys. Very little. I’d ink very little or lay out. I was not a very good assistant, unfortunately, so I did very little of that stuff. I suspect I met Sid Check later, in 1953. Sid didn’t show up much; he sort of dropped out. Maybe he was just slow. Sid was very, very good; he had some great ideas. He was actually, I think, a better artist than Joe Orlando; his stuff was more fun to look at. At that time my friendship was with Roy, not so much the other guys. Wally and I became very good friends, I think, in 1951 when I first really got to know him, and I think we were good friends all along.”  ¶ 3:07 PM 0 comments 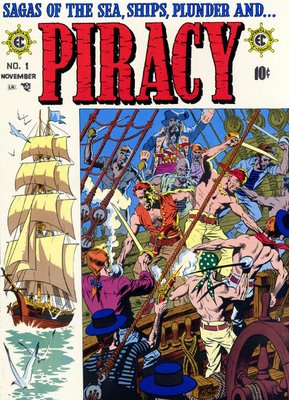 Wallace Wood: Against the Grain, part 18 The 64th Street studio was abandoned when Woody and Tatjana moved in 1951 to Rego Park, a residential section of Queens adjacent to Forest Hills. “I don’t think we lived at West 64th for a year,” said Tatjana. “The problem was that we did look around Manhattan because we wanted to stay in Manhattan, and we couldn’t find anything that was affordable. For some months Wallace had trouble getting rid of that studio. When we moved, he managed to get rid of the studio or shortly thereafter. Paying the double rent for the apartment as well as the studio was hard. The Rego Park apartment was large enough that he could work in it, whereas that was a tiny little apartment on 64th Street. When we lived in Rego Park, that’s when I met Al Williamson; he and Roy were always kind of friendly. As steady help in Rego Park, it was just Orlando.”  ¶ 2:21 PM 0 comments

Tuesday, October 03, 2006
Wallace Wood: Against the Grain, part 17 On the return trip, driving through northern Ohio, they noted a town named Bucyrus. “We thought it was kind of a funny name,” said Tatjana. “Maybe we didn’t even pass through the town but saw a marker for the town.” A center for the manufacture of copper kettles and highway-construction machinery, Bucyrus then had a population of 9,727. With Woody’s penchant for making long lists of possible future comics characters, he mentally added Bucyrus to his lists, gave it a twist, and the name became, years later, Bucky Ruckus, the title character of his 1967 NEA Christmas strip, “Bucky’s Christmas Caper.”  ¶ 8:20 AM 0 comments