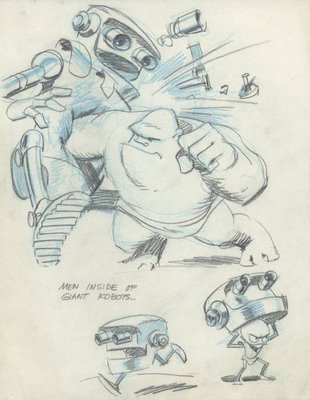 Wallace Wood: Against the Grain, part ten Harrison recalled Wood as “just like me, very hard to work with. We all had big egos in comics. We got into a lot of fights, one of the reasons we broke up. We’d work for two or three days straight, almost around the clock, always late, trying to meet a deadline. About nine or ten at night we’d have to take a few bennies to stay awake. We did this about once a week and would get pretty tired. Wally would fall asleep at the drawing board, pencil poised over a panel, then wake up a few minutes later and start drawing where he’d left off. Sometimes we’d get so tired and behind schedule we’d just ink in whole panels from scratch, not even using a pencil. I knew very few guys who worked together more than a couple of years. There was always some friction going on. Wally worked with Joe Orlando probably better than with me... I started writing more and more after that. It overlapped a little with comics... Wally’s ambition was to be the best artist in comics, and in a way maybe he made that. He wanted to be in comics and stayed in comics. The only good part of comics in those days was the artist's, while the writer had the bum’s job for the most part.”  ¶ 1:57 PM 0 comments